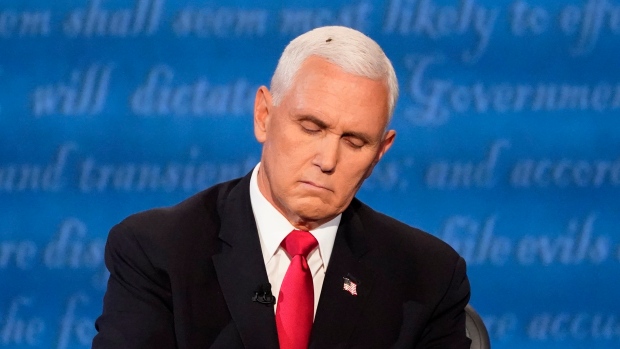 TORONTO – The U.S. vice president was a little closer to one of the uninvited guest candidates despite distant actions during the debate Wednesday night.

In mid-debate, Vice President Mike Pence landed a fly on his head, unaware or unaware that he was an insect.

Ian Cal, a reporter for NBC’s Bay Area subsidiary, confirmed on Twitter after checking footage that Fly was sitting on Pence’s head for two minutes and three seconds.

Following the discussion, Twitter became buzzing with jokes as “The Fly” became a trending topic. Democratic presidential nominee Joe Biden jokingly tweeted a self-portrait asking supporters to “fly” to help his campaign. The fly got its own parody Twitter account, tweeting videos of pop star Miley Cyrus’ song “Fly on the Wall” and making fun of releasing a memoir.

Here is a roundup of some of the best tweets of the night:

Fly got a show on Netflix. Jeff Goldblum Voice.

LORN MICHAELS … I’m Inspired You … Please … Get Jeff Goldblum to Fly On BCNBCSNL This weekend !!! #VPDebate