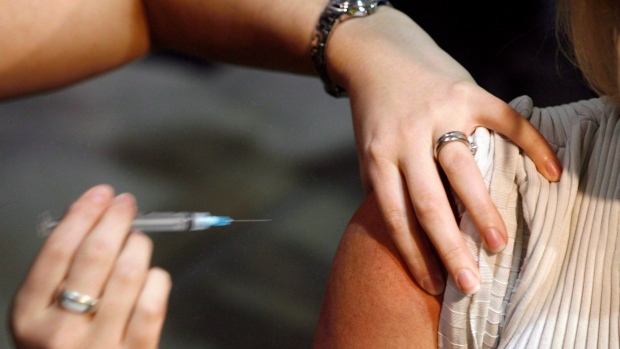 TORONTO – In late 2009, Canada launched its largest vaccination campaign to protect against the spread of influenza A, or H1N1, with various successes. There are delays in production, shortage of supplies and difficulties in giving a new vaccine.

According to Statistics CanadaAs of April 2010, most Canadians (59 percent or 16.5 million) have not been vaccinated against the H1N1 virus, also known as “swine flu”.

The government agency said that was the total 421 Canadians died from H1N1 Infected thousands more. Worldwide, more than 18,000 people have died from the virus.

The H1N1 virus spread in the spring of 2009 and months later, there are several reasons for the delay in the roll out of the vaccine in Canada because the vaccine is not ready. When a health care provider is trying to maintain seasonal flu shots.

Earl Brown, a virologist and former member of Canada’s H1N1 Pandemic Vaccine Task Group, said manufacturers were also interested in developing a vaccine for avian influenza H5N1 or “bird flu” when they suddenly had to turn their attention to the new swine flu. .

Canada’s ambitious vaccination program for H1N1 may have some hiccups on the way, but this experience may provide some valuable lessons for future vaccine management, including those already in the fight against COVID-19.

During the H1N1 pandemic, the federal government was criticized for relying on GlaxoSmithKline (GSK), the sole domestic vaccine supplier for vaccine production.

Brown said countries with border closures or so-called “vaccine nationalism” prefer to produce their own vaccines domestically. However, reliance on one supplier alone comes with its own disadvantages because any interruptions or interruptions in the production range will deplete the entire country supply.

In the case of GSK, Brown said there were difficulties in bottling the vaccine at their Quebec plant, which caused delays.

Internal review Health Canada’s Public Health Agency and Health Canada’s Response to the H1N1 Outbreak The government intends to use a single vaccine supplier. At the time, only one manufacturer was “interested in establishing sufficient domestic capacity to produce enough vaccine to vaccinate the entire population when an influenza pandemic occurred,” the review said.

“We don’t have vaccine companies to work with here in Canada, we can do some of that, but you are limiting yourself on that,” he said. “We need some international companies.”

During the COVID-19 epidemic, Brown said the Canadian government had taken an active approach and Health Canada had already entered into agreements with at least four vaccine manufacturers in the United States to distribute their product after it was developed and approved.

“Whatever the resources are, you really don’t want to limit yourself to just one Canadian resource, you need to reach out more, it’s just facts,” he said.

Some states and territories were without roll-out problems of the H1N1 vaccine in late 2009 due to long waits to receive the vaccine or the inability to vaccinate people due to lack of manpower in the healthcare sector.

In Internal review In the government response, they found that the start of the vaccination campaign was delayed for a number of reasons.

They have Canada’s limited vaccine manufacturing capacity, which means the seasonal flu vaccine needs to be completed first, before starting work on one for H1N1. The review noted that production was briefly interrupted when pregnant women were required to develop a GSK special vaccine in line with World Health Organization (WHO) guidelines.

Due to production delays, provinces and territories have faced some initial shortages and have been urged to prioritize vaccine management for segments of the population at risk, such as health care workers, seniors, pregnant women, children and those at risk. Problems. This has led to some confusion, according to the review.

In preparation for the coronavirus vaccine, Brown said the Canadian government is already pre-ordering supplies such as pots and syringes, and is working on logistics to store and ship it once the vaccine is ready.

This is significant work for Canada’s population of over 35 million, Brown said.

“Not everyone wants the vaccine, not everyone gets it, but in the vast majority, 35 million vaccines are needed or 20 million, and then if you need two doses, it doubles,” he said.