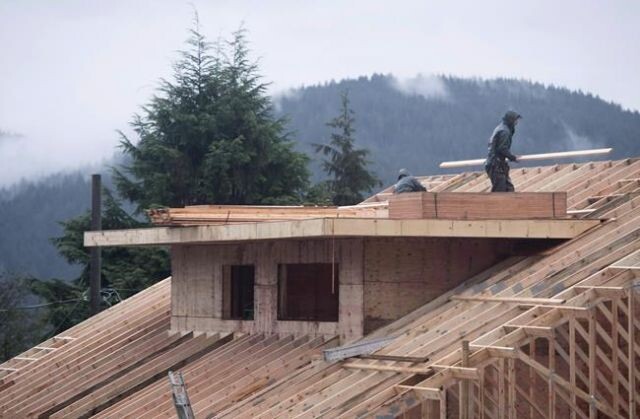 Economists said Thursday that Canada’s housing activity has been historically strong over the past month, despite an annual rate drop of 20 percent since August.

The Canadian Mortgage and Housing Corporation, the seasonally adjusted housing rate fell from 208,980 units in September to 261,547 units in August, but in line with average readings in 2019.

Economists had predicted that the annual rate would start at 240,000 in September, according to financial markets data firm Refinitive.

The decline was due to weakness in Ontario and British Columbia and a low start in condos.

However, the six-month moving average of the annual home start-up rate adjusted monthly has risen slightly to 214,647 in September, from 212,609 in August.

“The national trend in housing did not change much in September,” said Bob Dugan, chief economist at CMHC.

COVID-19 resulted in instability in multi-family startups, especially in Toronto.

“We expect national openings to decline by the end of 2020 as a result of the negative impact of COVID-19 on economic and housing indicators,” he said in a news release.

“The average start-up from January to September is more than one percent for the same period in 2019 – despite COVID-19 regulatory measures closing the broader levels of the economy in the spring,” she wrote in a report.

“And in Quebec and Ontario, average openings continue to outperform nationally, while others, especially BC, lag behind.”

The fan noted that the issuance of permits is strong, adding that “the momentum for housing is still gaining momentum.”

“Next, the mild population growth brought on by the epidemic will depend on housing demand and eventually some slowdown in housing.”

The annual rate of urban opening fell 21.1 percent in September to 195,909, with eight opening in 10 provinces:

Alberta gave a high start in the Prairie region, where urban openings rose from 5,700 to 24,800 units, burying losses in Saskatchewan and Manitoba.

The Atlantic begins in Canada with a decline in every province in Nova Scotia.

Rural start-ups are estimated at a seasonally adjusted annual rate of 13,071 units.