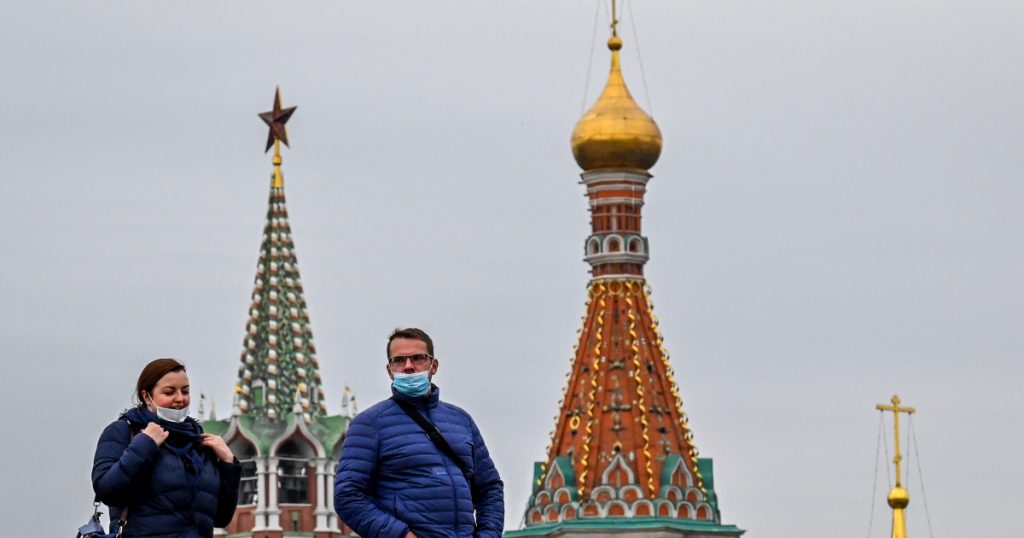 The latest figures put the total number of infections in the country at 1,285,084.

Russia’s coronavirus cases rose to 12,846 on Saturday, a new daily record since the outbreak began earlier this year.

The latest figures put the total number of infections in the country at 1,285,084. Previously 12,126 new cases were reported.

Russia’s coronavirus crisis center has confirmed 197 deaths in the past 24 hours, bringing the official death toll to 22,454.

The country with a population of over 144 million has the fourth highest number of COVID-19 cases, after the United States, India and Brazil alone.

At the beginning of the epidemic Russia imposed one of the most severe lockdowns across the country. Unnecessary businesses were closed and Moscow residents were allowed to move freely only with official digital passes.

Many restrictions were lifted before a nationwide vote on the Second World War military parade in June and amendments that paved the way for President Vladimir Putin to remain in power until 2036.

Moscow Mayor Sergei Sobyanin has ordered the elderly and the infirm to stay at home and told employers to work with at least a third of the staff remotely, wearing a mask is mandatory on public transportation and inside stores.

According to the Moscow Times, that Work Excludes new guidelines in the medical and defense industries.

The Kremlin said on Friday that if the situation worsened, it would “require some action and decision.”

European leaders on the continent are trying to amend the rules of the virus in the wake of an increase in new cases. Germany, which has been praised for its quick handling of the epidemic, has also faced a rise in new epidemics.

Russia announced in August that it had registered the world’s first coronavirus vaccine, Sputnik V, after a Soviet-era satellite. Several officials, including Defense Minister Sergei Shoigu, said they had volunteered to be vaccinated.

Putin said in his inner circle this week that he had vaccinated “about 50 people”, including staff and family members.