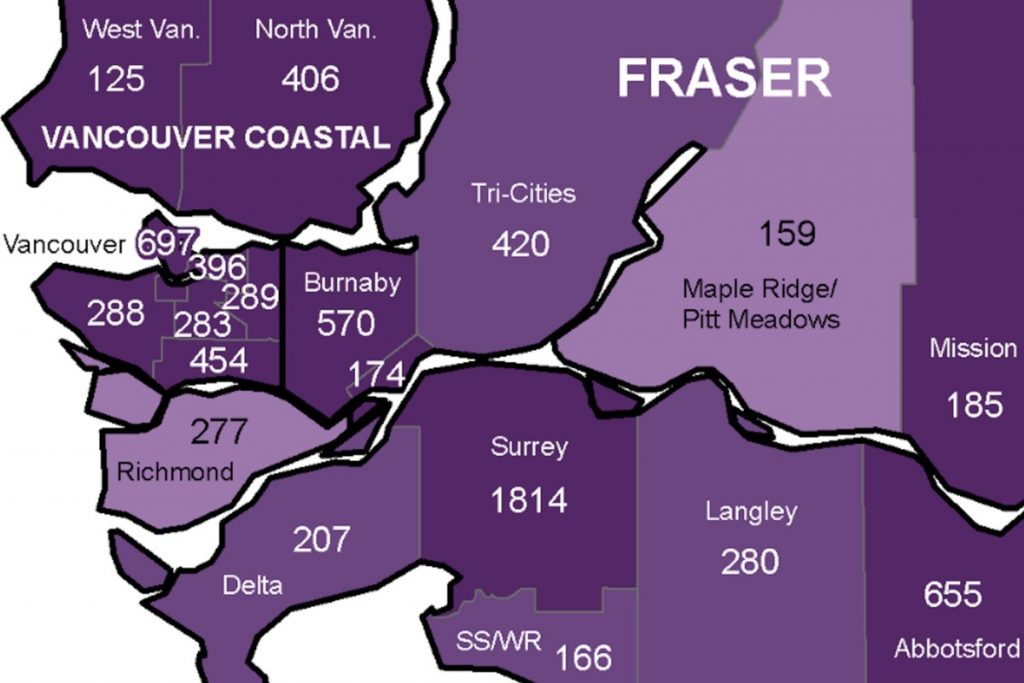 New data released by the regional government puts Surrey at the top of the list of COVID-19 cases – or not?

New data released by the regional government puts Surrey’s health sector at the top of the list of COVID-19 cases in Greater Vancouver.

Of the 1,814 cases among city dwellers during the epidemic – between January and September – the disease was most prevalent in the community, According to the BC Center for Disease Control Map.

In particular, each health region also varies in terrain and population density.

Fraser Health spokesman Dixon Tom said the map depicts residents with the virus, not where the COVID-19 transmission occurred.

When Vancouver is awesome Tom was asked why the Surrey COVID-19 cases were more than double the rest of Greater Vancouver, saying his increase was due to a “large population”.

According to the 2019 Canadian Census, the city has a population of approximately 539,651.

By comparison, 655 – the third highest COVID-19 case in Abbotsford took place among a total of 147,043 residents (surveyed in the same year).

The health authority also stated that “there are very large multi-generational households that contribute to the transmission of COVID-19 and higher case numbers.”

The prevalence of COVID-19 has also emerged in correctional and food-processing facilities in the region – surpassing Surrey’s leading number of cases.