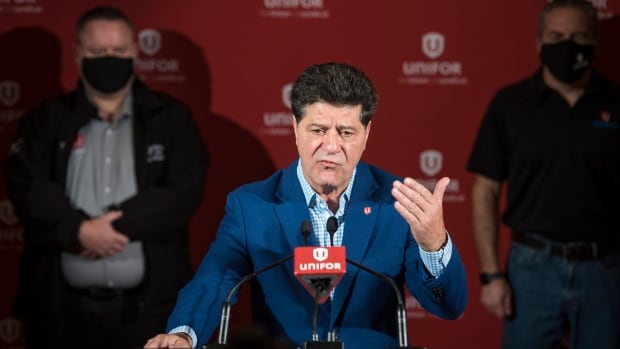 The interim agreement between Unifor and Fiat Chrysler comes with 2,000 jobs for the Windsor plant as well as electric vehicle capacity in the coming years.

The deal was struck just minutes before midnight on Wednesday to prevent a strike from auto workers.

At a news conference this morning, Union President Jerry Diaz explained that Unifor had secured an investment of about $ 1.5 billion at the Windsor assembly plant, with most of the money coming from Fiat Chrysler.

“It’s a homecoming for the Windsor community,” Dias said.

The third shift comes back

In addition to keeping an existing product portfolio in Ontario, Dias said the FCA is committed to adding three product derivatives to its plants.

“Those products will recall 100 members at the Atobicco Casting Plant,” Dias said.

Earlier this year, the Windsor plant lost a third shift, laying off 1,500 workers. Today, 425 workers will be recalled in new jobs and more than 1,500 new jobs will be added to the Windsor area.

“With this investment and with vehicles starting to pull out of the assembly line in 2024, we expect our third shift to return and increase the total number of jobs in the community in Windsor to over 2,000,” Dias said.

Dias said the new platform in Windsor will launch in 2024 and will be able to build the plug on hybrid vehicles and / or battery electric vehicles.

The uniform represents 9,000 Canadian autoworkers at the FCA.

The FCA has confirmed that a provisional agreement has been reached with Unifor on the new deal, but will not disclose any details at this time.

The deal with the FCA is set for Sunday. Union members will be able to vote online.

Next, Unifor will begin negotiations with GM next week.