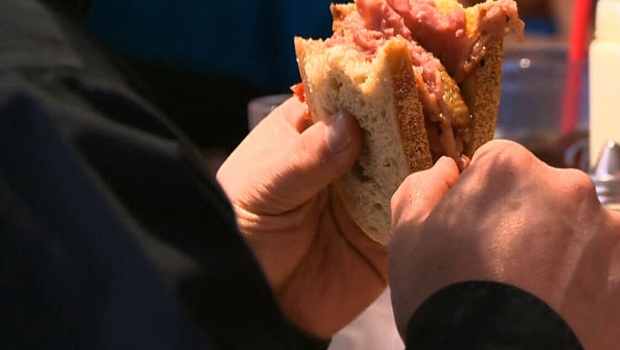 Montreal – convicted of violating Article 58 of the Deli 365 Charte de la Long franchise in the Tremont area of ​​Montreal – was fined $ 1,500.

In a news release on Thursday, the office said the Quebecois de la Long franchise (OQLF) restaurant was fined in May 2019 and convicted in June of the following year.

“This restaurant has public signage and commercials in a language other than French, in this case, English only,” the OQLF release said.

Article 58 of the Charter must also be in French on facades, boards and company vehicles – or in multiple languages ​​as long as French dominates.

The OQLF said it would regularly ask businesses to comply with the charter – but if they did not comply, the file could be sent to the Director of Criminal and Penal Prosecutions.

“OQLF ensures that French is the common and familiar language of work, communication, commerce, business and administration,” the release said. “It enriches the terminology and provides language tools and services. It ensures compliance with the Charter and monitors changes in language conditions in Quebec. ”