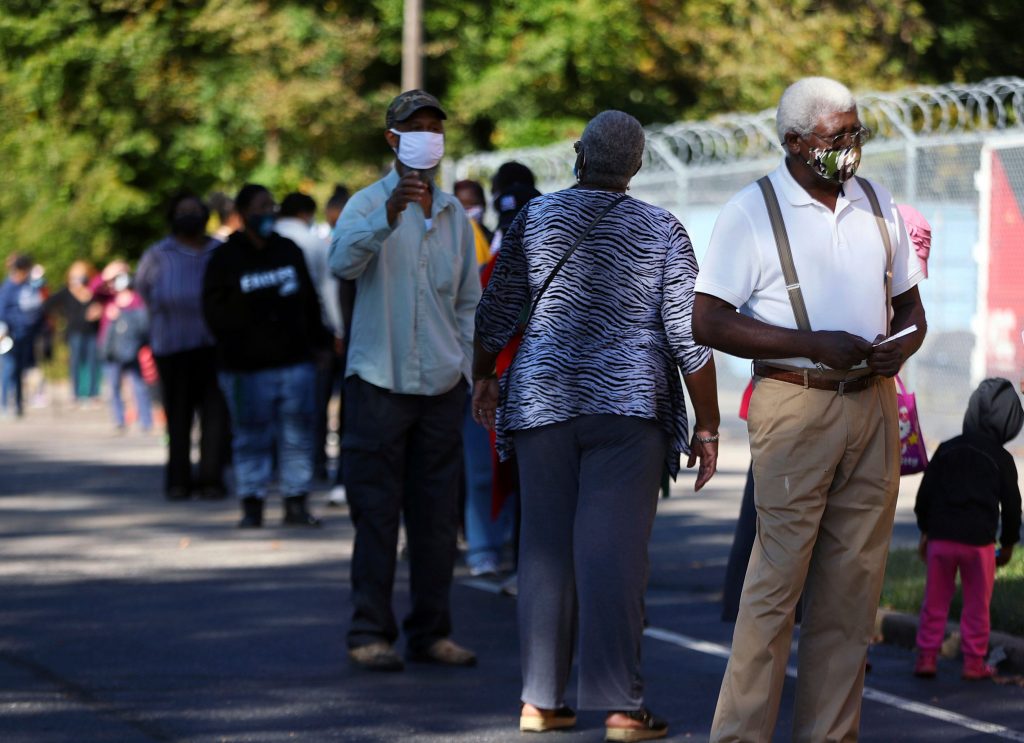 జ Tennessee A poll worker accused of harassing dressed voters in connection with the Black Lives Matter movement was fired on Friday.

Shelley County Election Commission spokeswoman Suzanne Thompson said the worker was released after witnessing at the Dave Wells Community Center in Tenford, North Memphis, who reported the incident to authorities.

Thompson said the operations manager told officers the message on the dress was “black lives matter”, while State Republican Antonio Parkinson read “shirts or masks” on his Facebook page as “I can’t breathe.”

“It’s very bad,” Thompson said. “They shouldn’t be away.”

Although Tennessee law does not allow voters to display the name of a candidate or political party in an election, Thompson said the policy does not apply because black lives matter is not political, Memphis’ WREG-TV reported.

Thomas said only a few were told to leave.

The initial voter turnout ahead of the Nov. 3 election was strong in Memphis and throughout Tennessee. Pre-voting ends October 29 in the state.

The Associated Press contributed to this report