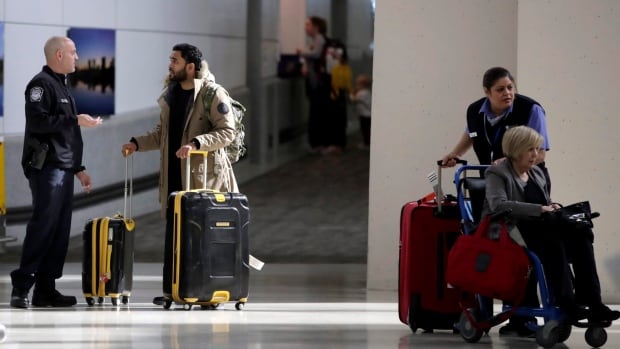 In July, the EU set up a white list of countries where citizens are allowed to travel unnecessarily.

Canada has been on the approved list along with 14 other countries since day one.

The United States has been on the list of banned countries from the beginning.

In August, the EU whitelisted Algeria, Montenegro, Morocco and Serbia because of the growing number of COVID-19 cases in those countries.

Officials meet every two weeks to decide whether or not to make any changes to the whites’ list, and no changes have been recommended since then.

On Wednesday, the officers met for their regularly scheduled meeting. According to Reuters, Bloomberg and other reports, they decided to exclude three countries: Canada, Tunisia and Georgia, but included Singapore in the approved travel list.

An EU official confirmed to CBC News that the Coalition had decided to change the make-up of the White House list, the final version of which is expected to be released in a few days.

According to CBC’s coronavirus tracker, More than 203,000 cases were reported across Canada, with 2,251 new cases on Tuesday.

This decision will not immediately ban travel, nor will it be strictly enforced in every EU country.

Some countries, such as France, do not impose any restrictions on visitors to whitelisted countries. Germany has reduced the list, with Italy requiring self-isolation and demanding that travelers take a private vehicle to their destinations despite being on the whites list.

The Canadian Border Services Agency did not elaborate on how many Canadians traveled to different EU countries, but statistics show that in July, the month with the latest data, 57,000 came to Canada from France, 11,000 from the Netherlands and 42,000 from Germany.