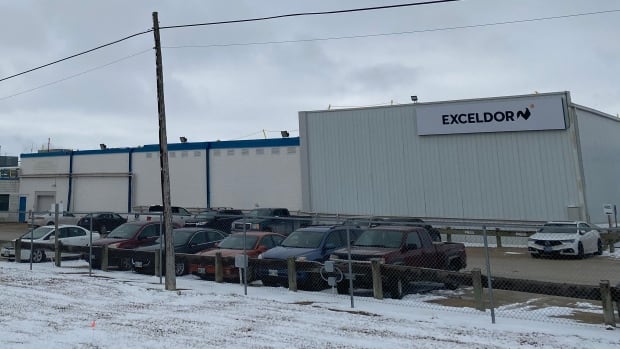 A company spokesman confirmed that an employee at a southeastern Manitoba poultry plant who tested positive for COVID-19 had died.

Gabriel Fallu, a spokeswoman for the Quebec – based company, said the 42 – year – old was one of 27 workers at the Exelder Cooperative plant in Blumenart, Mann, who had tested positive for the virus since Oct. 8. Email Statement.

The man died on October 11.

“We were shocked and saddened to see this sudden event,” Fallu said.

“We have the opportunity to discuss this tragic event with his relatives and express them, on behalf of the Excelder team, with our deepest regrets and heartfelt condolences.”

She said the worker’s infection was transmitted outside the plant.

It is unclear whether COVID-19 caused human death. The company said it could not share more details about the case without respecting the worker’s privacy.

So far, the company and the provincial health inspectors said there was no evidence that any of the workers at the plant had fallen ill while on the job.

Dr Brent Rousin, Manitoba’s chief public health officer, said Thursday that public health officials did not believe the transmission was taking place inside the facility, based on a review of contact tracing and safety measures at the plant.

“Some community acquisition, including [through] Carpooling is something that is being considered, “said Rousin.

A union spokesman for the plant workers said they learned of the man’s death over the Thanksgiving weekend.

READ  Cubeseckers will rediscover the desire to go on a trip

A total of 33 people connected to the plant tested positive for COVID-19 as of Thursday morning, Braske said in an interview with CBC Manitoba with guest host Sam Samson. Radio Noon.

Braske said the union was unaware of the group of cases in any of the divisions.

“We can’t point to a section and say‘ this is the problem area ’.

The site – a Granny’s poultry plant, before Excelder merged with Granny earlier this year – is the largest poultry plant in Manitoba, according to the union, and has about 650 employees. As of Wednesday evening, 89 people connected to the plant had isolated themselves, and Braske said on Thursday that she believed the number was still accurate.

She said the union was in communication with the employer several times a day. The company has taken precautionary measures to prevent the spread of COVID-19, including the separation of employees, the creation of barriers between individuals, the provision of personal protective equipment and start-up times.

Based on the union’s experience with the spread of the Maple Leaf pork processing facility in Brandon, Bruskey said he does not think the plant will shut down production unless there is an order from public health officials. Earlier this year.

However, she said the company has so far resolved all the issues raised by the union.