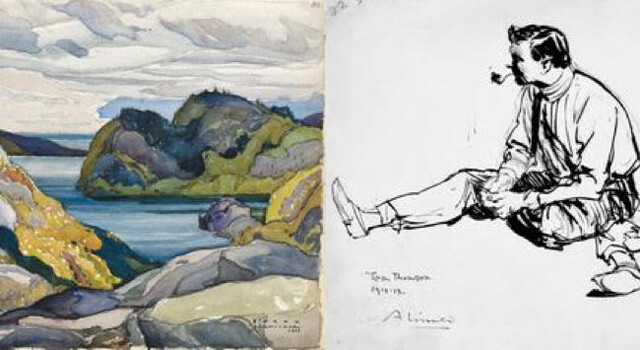 The new exhibition, which showcases a side rarely seen in Canadian art history, will soon be on display at the Kellogg’s Art Gallery.

Northern Pine: On the occasion of the 100th anniversary of the first Group of Seven Exhibition in 1920, Watercolors and Drawings by the Group of Seven from the McMichael Canadian Art Collection brings to the gallery 66 works that are not widely known.

The exhibition features a rare portfolio of watercolor studies, graphite sketches and lithographs.

“We hope visitors are fascinated by these sketched work sketches and studies – they really give a window into who these seven artists are and how they have influenced the Canadian artistic landscape.”

The draftsmen, who worked as Group of Seven commercial artists, also created their own art forms before being recognized as master artists. Visitors to the exhibition will have the opportunity to see this aspect of their work.

Most of the art on display is from the McMichael collection in Kleinberg, Ontario.

“Members of the Group of Seven’s collection of McMichael’s drawings and other works The glory of our museum’s holdings is very often hidden from view,” said McMichael Canadian Art Collection Chief Milroy.

“Often their own artifacts, these works provide a behind – the-scenes pass to the group’s work and they challenge the canonical gravity of seeing most of their paintings.