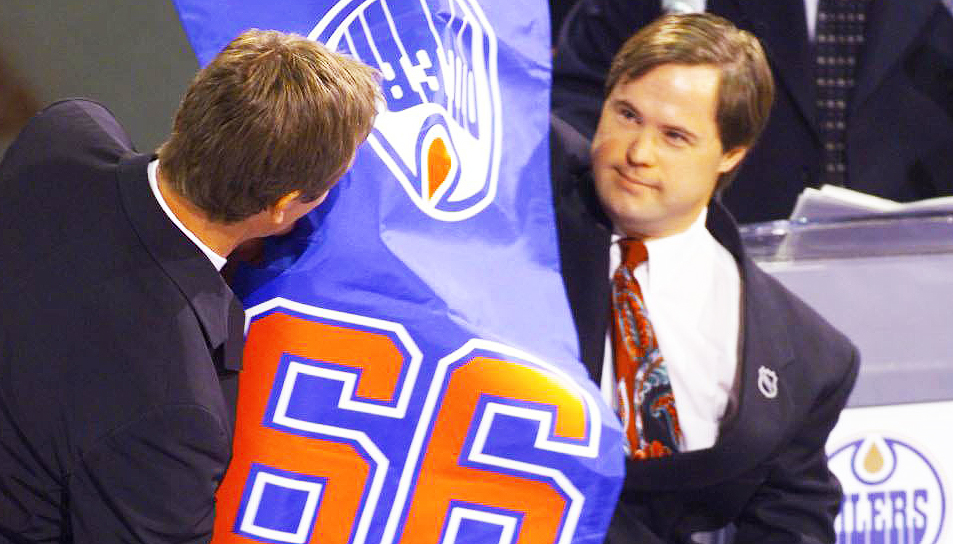 The # Oilers The company was very upset with the arrival of our dear friend & colleague, the legendary Joey Moss.
Once oiler, always oiler.
RIP, Joey. pic.twitter.com/KJSkN9oO9W

Moss was born in 1963 with Down syndrome, the 12th of 13 children born to Lloyd and Sophie Moss.

He became the Oilers locker-room attendant in 1984 when superstar Wayne Gretzky was dating his older sister Vicky. Moss joined the Edmonton football team in 1986 and played with both companies for 30 years.

It was heartbreaking to hear about Joey Moss blindfolded. He is the soul D Edmonton Oilers. I always ask him to sing anthem w / arrogance, fire about wrestling and comb my hair with pork chop. My sincere condolences to the moss family. pic.twitter.com/Ssa0ZBcoSn

He worked with the CFL club from the start of training camp in June until mid-August, during which time he went to the Oilers locker-room for the NHL season _ capturing the hearts of Edmonton sports fans, especially with him enthusiastically participating in the national anthem before the start of every hockey game.

Mass assisted the training staff with tasks such as filling water bottles and equipment duties, but over the years became more than an attendant by inspiring everyone in the locker-room.

Moss was awarded the NHL Alumni Association’s Seventh Man Award in 2003, for his behind – the – scenes efforts to change the lives of others.

Suffered terribly with a little numbness and news … but #yeg Legend Joey Moss has died at the age of 57. Don’t even know where to start … but mourning for the entire Moss, Eskimo & Euler families. He left a wonderful legacy and many will be seriously lost. #RIPJoeyMoss pic.twitter.com/GvyeqTFjiB

In October 2008, Moss was honored with a mural in Edmonton for his service to both clubs. In 2012, he received the Queen Elizabeth II Diamond Jubilee Medal honoring Canadians for their significant work and achievements, and in 2015 was inducted into the Alberta Sports Hall of Fame.

Moss also inspired the Joey Moss Cup, a tournament held at the end of the Oilers training camp.