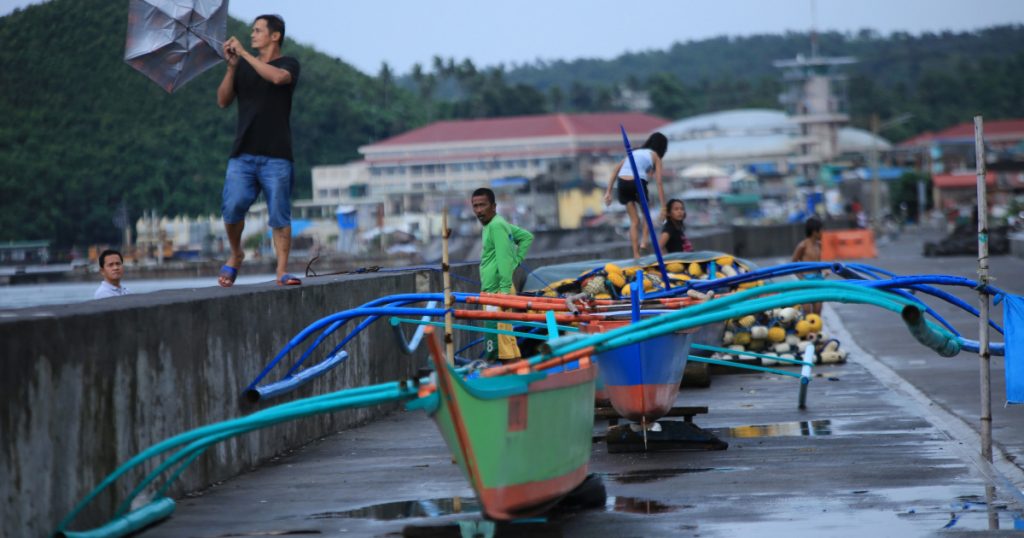 Heavy rains and strong winds have swept away villages and torn down roofs, displacing at least 25,000 people in the Philippines.

Thousands of villagers were forced to flee their homes in the Philippines as fast-moving cyclones broke landslides, flooded rural villages, knocked down roofs and demolished trees and power lines.

There were no immediate reports of injuries from Typhoon Molav, but authorities reported on Monday that at least one person was missing and seven others were rescued after their boat sank off Batangas Province, south of Manila.

The storm is expected to reach 125 kilometers per hour (77 miles per hour) and 180 kilometers (112 millimeters) per hour, with a maximum wind speed of 25 km / h (15 miles). Government forecasters say Molవేwe will begin to exit the country into the South China Sea on Monday.

According to the Civil Defense Office, at least 25,000 villagers were left homeless as 20,000 were sheltered in schools and government buildings.

Dollar said overnight rains swept away farm villages in his province, followed by strong winds tearing down trees and power posts and knocking down electricity. He said authorities were clearing fallen trees and debris roads in some towns after the storm passed.

More than 1,800 cargo truck drivers, workers and passengers were stranded at ports, preventing Coastguard ships and ferry boats from going into rough seas.

The Molaw tropical cyclone follows Soudel, causing widespread flooding last week in the province of Quezon in the Calabarzon region southeast of the capital Manila.

About 20 hurricanes and tornadoes pound the Philippines each year, and the Southeast Asian archipelago is active with earthquakes and volcanic eruptions, making it one of the most disaster-prone countries in the world.