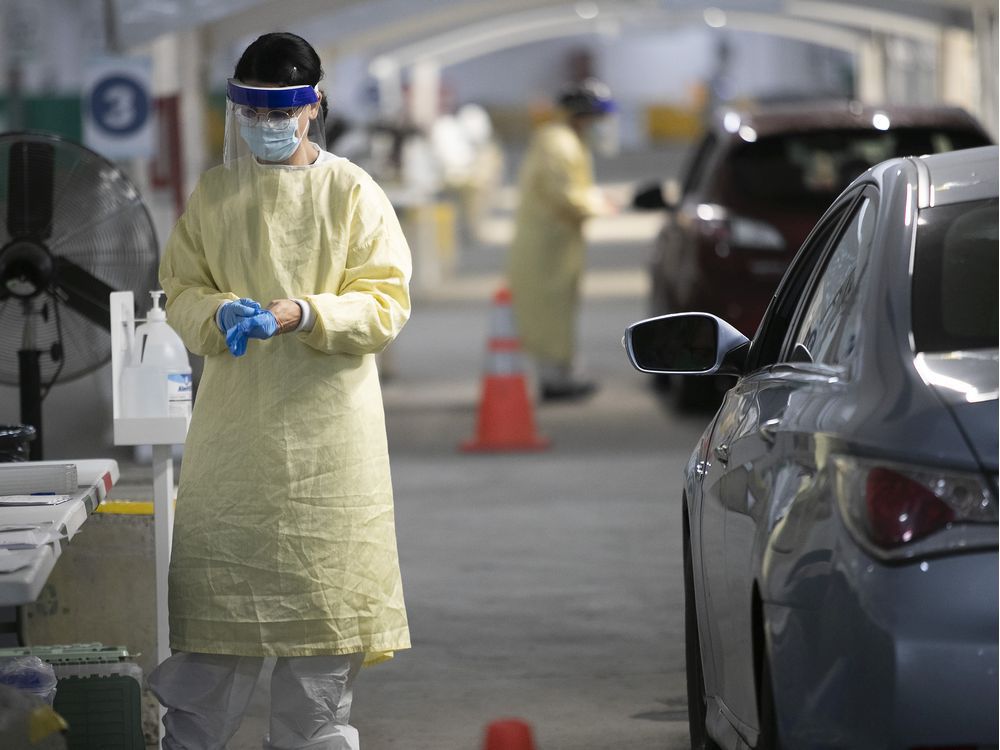 With Quebec surpassing the 100,000 mark in new COVID-19 cases on Sunday, it is becoming clear that winter will be a challenge ahead, two epidemiologists said.

“I am concerned that we have reached the 100,000 mark,” said Catherine Hankins, professor of public health at McGill University and co-chair of the COVID-19 Immunity Task Force.

“We’re just beginning a cold winter, so we really need to increase our public health response,” she said.

Achieving a balance between distant actions to check the mental-health problems caused by the spread of the virus and the loss of social contact is a major challenge, especially as the winter weather forces people indoors, Hankins said.

We should draw inspiration from the Scandinavian proverb: “Bad weather, not just bad clothes,” she suggested.

“We need to be able to get out in all kinds of weather and be active if we are dressed appropriately with the layers we need,” she says.

There are still ways to connect with others while practicing safety measures such as avoiding meetings, wearing masks, keeping two meters away from people outside our home and washing hands.

“The important thing is that people continue to exercise,” she says.

“For our own mental health, we need to be physically active and socially active, whether over the phone or online, even when physically distant.”

For people who are not comfortable with videoconference apps, a good, old-fashioned telephone is a great way to stay in touch, she said.

Infections from Quebec continue to make up nearly half of Canada’s total, at 213,959 on Saturday night.

Ontario, the province with the second highest number of infections, topped 1,000 cases for the first time on Sunday, reaching a total of 70,373.

“I’m worried that Ontario will reach our level now. I’m really worried when I see places in Europe, I think it’s kind of under reasonable control,” Hankins said.

In the last 10 days in Quebec, more than 1,000 cases have been reported in seven cases.

Another 11 people were killed Sunday in the province. Five of those deaths occurred in the last 24 hours, another five occurred between October 18 and 24 and one occurred from an unknown date.

For the first time in a week, Montreal was not the area with the most new cases. Monterogy, with 162, reported the highest amount.

Jay Kaufman, an epidemiologist at McGill University, says that with almost 800-1000 cases per day for almost three weeks, “Quebec is not doing so badly” compared to many European countries and the United States.

However, with Quebec continuing the worst cases in Canada, “there is still a lot of room for concern,” he said.

He said cases in Quebec were plateau-based and far-reaching measures were being taken.

“However, the number of cases is not decreasing, and hospital admissions are very high, so I suspect we can not reopen businesses that have been closed for a while, which is terrible news for those entrepreneurs,” he said.

Hankins said it should be given more priority Contact-tracing cell phone app Against the spread of the virus.

Additional measures are needed to protect residents from the vulnerabilities of long-term care facilities that were severely damaged in the first wave.

“We knew they were Achilles heel,” she said.

“This is a very vulnerable population and we need to make sure we get the best we can this time.”

All our coronavirus related news can be found here montrealgazette.com/tag/coronavirus.

Sign up for our email newsletter dedicated to local COVID-19 coverage at montrealgazette.com/coronavirusnews.

Support our local journalism through Subscribe to the Montreal Gazette here.