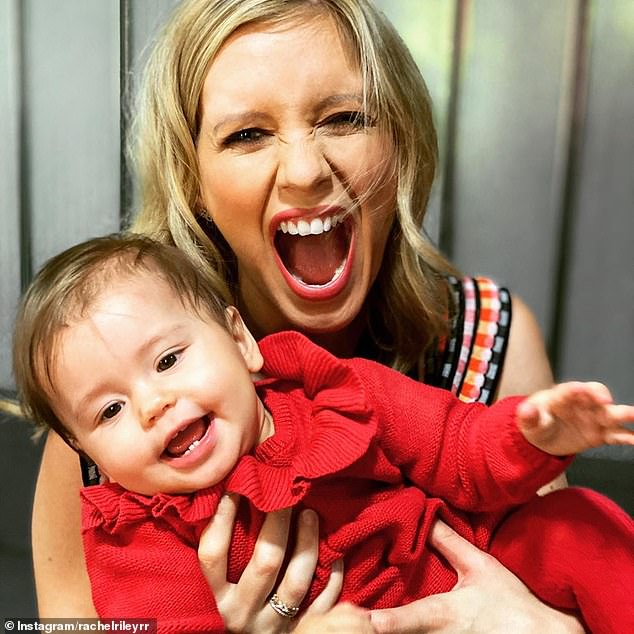 Rachel Riley melted the hearts of fans on Tuesday as she posed for adorable social media snaps with her daughter Maven.

The countdown presenter, 34, looked bright as she hugged her 10-month-old daughter and kept her mouth open as she counted her upcoming first birthday.

Maven wears a red babygrown with a frilled collar while smiling for the camera.

Oops! Rachel Riley melts fans’ hearts as she posed for adorable social media snaps with her daughter Maven on Tuesday

The Oxford-educated presenter wore a patterned shirt top and her blonde locks hung in loose curls.

In the second picture, the mathematician nods as the daughter wraps her arm around his neck.

Rachel writes: ‘Working days with today … one of today’s episodes is going out on her 1st birthday, time flies!’ 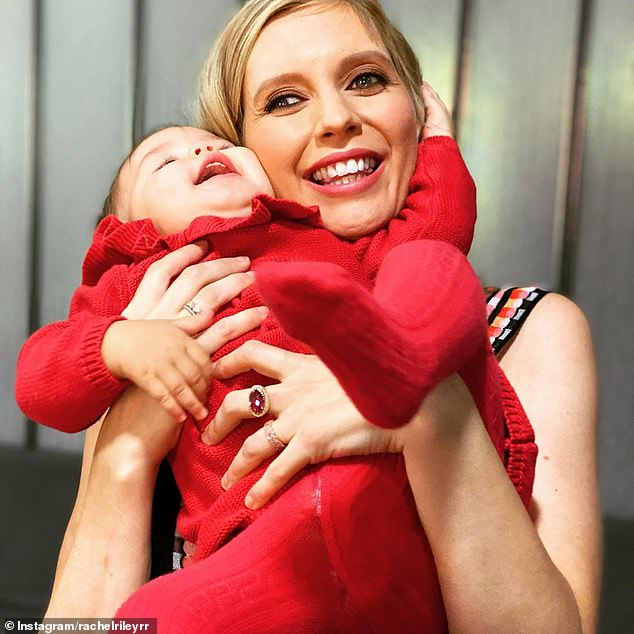 It was so sweet: the countdown presenter, 34, looked bright as she hugged her 10-month-old daughter and kept her mouth open as she counted her upcoming first birthday.

On ETV’s Good Morning Britain she said: ‘Pasha speaks to her entirely in Russian and I hope she is bilingual as I speak to her in English.’

Rachel added: ‘She is very mobile, she crawls and can now walk with one hand.’

The family spent the lockdown with their Russian mother-in-law Galina, and the visit to the UK amid the pandemic lasted for a month. 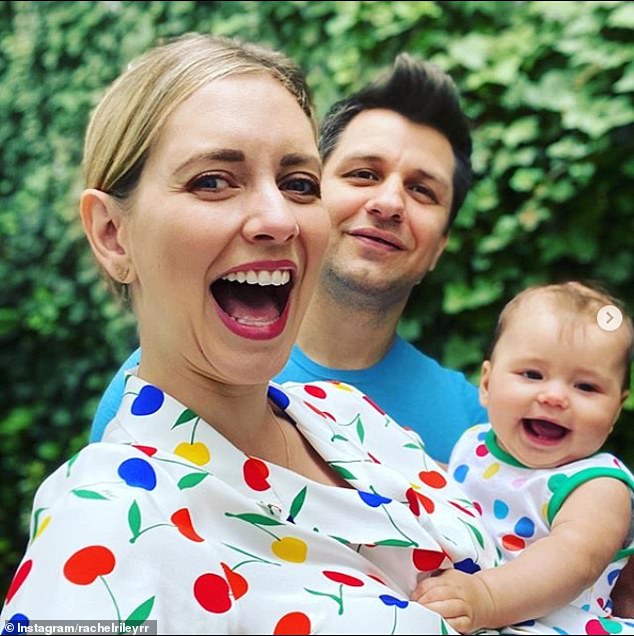 Family: With her husband Pasha Kovelev (center) speaking in her ‘entirely Russian language’ (filmed in June), the TV star expressed her hopes that Maven would be bilingual.

The couple, who became parents to Maven for the first time in December, met strictly and spent most of their time at home amid the global COVID-19 pandemic.

The blonde agreed lockdown was a blessing for the family as they were given ‘forced maternity and paternity leave’.

Rachel joined Countdown and entered TV at the age of 22 as a Maths graduate. 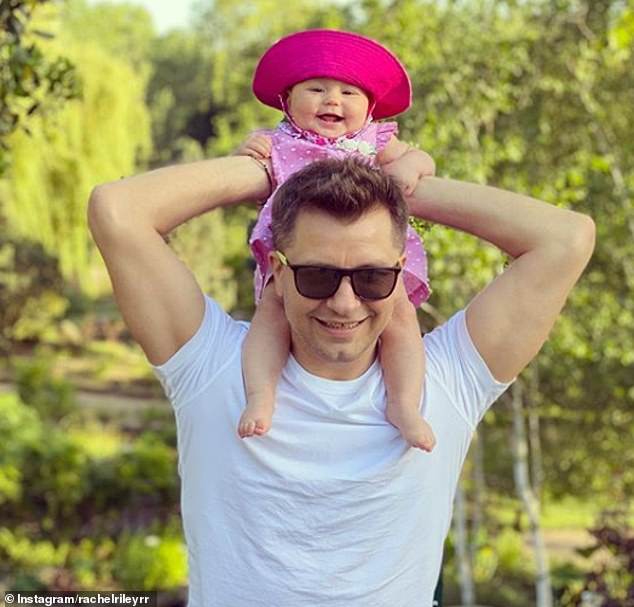 Lockdown Family Time: Rachel Pasha and Maven spend most of their time at home during the Kovid-19 pandemic (filmed in June).