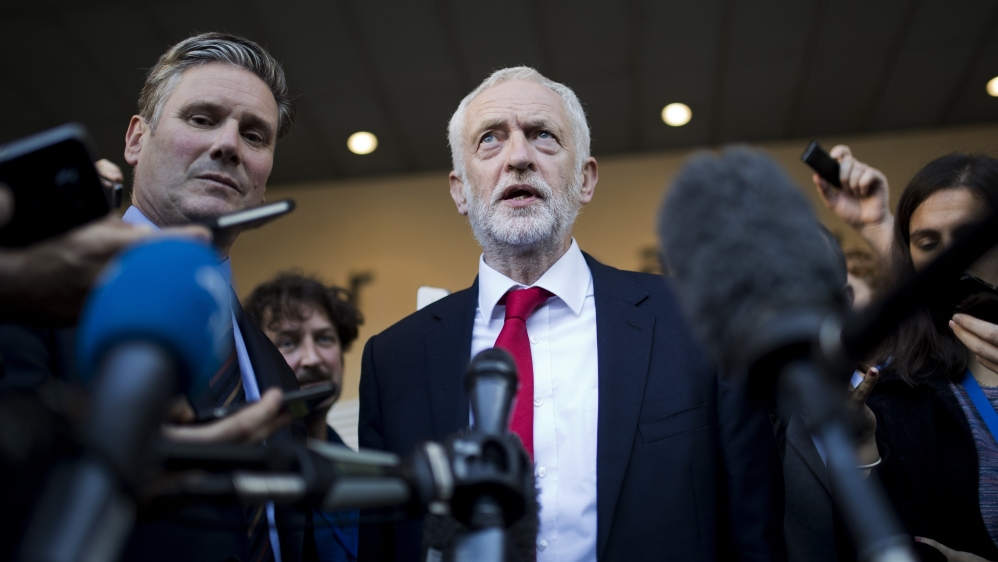 The former head of the opposition has heard anti-Semitic arguments in the party under his leadership.

The opposition Labor Party of the United Kingdom has suspended its former leader Jeremy Corbyn, seeking to distance himself after a report emerged that the party under his leadership was responsible for illegal harassment and discrimination.

Corbyn’s successor Khair Stormer has apologized, saying Labor is facing a “shame day” after the Equality and Human Rights Commission (EHRC) found serious failures on how the party had dealt with anti-Semitic allegations in its ranks.

Corbyn’s tenure was marred by persistent complaints about anti-Semitism in the party and criticism of the leader’s response.

He said on Thursday that he did not accept all the results of the report, that efforts to reform the grievance process had been stalled by the “obstructive party bureaucracy” and that the scale of the problem was high for political reasons.

Corbyn said: “It is wrong for anyone to argue that there is no anti-Semitism in the Labor Party.

“My sincere hope is that relations with the Jewish community can be rebuilt and those fears overcome. Although I do not agree with all of its (report’s) results, I believe that its recommendations will be rapidly implemented to move forward from this period.”

But the party reacted strongly, saying it had removed the Labor whip from carbon, meaning the former leader could no longer run in the House of Commons vote as a Labor legislator.

“Because of the remarks he made today and his failure to withdraw them, the Labor Party has suspended Jeremy Corbyn’s pending investigation,” Labor said in a statement.

Stormer said it fully “accepted” the EHRC’s report and would implement all of its recommendations.

“This is a day of shame for the Labor Party. We have failed the Jewish people … I am really sorry for all the suffering and misery that has occurred,” said Starmer, who played a senior role under Corbyn’s leadership, trying to eliminate the problem since taking office.

“We will not fail again in the face of anti-Semitism and will not lose your faith again.”