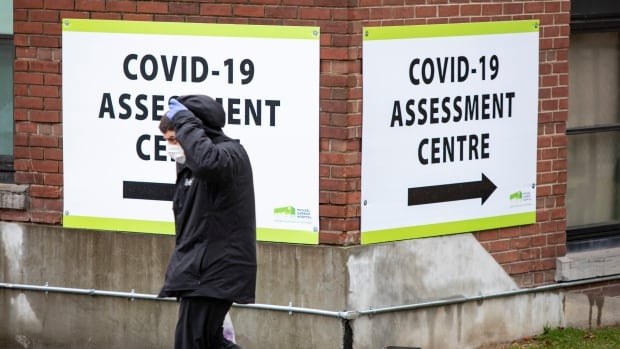 Doug Ford, Ontario Premier, said he would ask provincial health professionals to come up with a plan that would allow more businesses to reopen in the COVID-19-damaged areas after the 28-day strict public health sanctions end next month.

Ford made the announcement after the province reported another 896 cases of COVID-19, and for the first time in the epidemic the seven-day average cases rose above 900. New modeling – you can read for yourself at the bottom of this story – could see 800-1,200 cases per day in Ontario in the coming weeks. Those numbers are much higher than what triggered widespread lockdowns in early spring in Ontario.

At the province’s daily press conference on Friday, Ford said it had asked the Ontario health team to lift the revised Stage 2 sanctions “in a safe manner.”

“We have significant community outbreaks of COVID-19 in some parts of the province,” said Dr. Barbara Yoff, Associate Medical Officer of Health.

“The numbers are still rising, but they are slowly rising. So what this tells us is that we can see the situation changing.”

Yaff said medical officials are continuing to review the data, examining a number of factors, including the number of cases, health system capacity and consultation-trace capacity.

“We’re not doing that terribly compared to the rest of the world, in fact we’re doing a lot better,” Ford said.

Doubling growth was also seen in many other areas:

READ  Kylie Massey, a Canadian swimmer in the 100m backstroke in Tokyo

The seven-day average, now at 909, limits the noise in the data, which provides a clearer picture of long-term trends in new contexts than daily comparisons. So far this week, there have been more new infections every day than on the same day last week.

Today’s cases come with the completion of 41,008 tests for the Province Labs virus. It’s more than any other day of the week, and, with the exception of October 24, almost two weeks. Public health officials say Ontario has the capacity to perform 45,000 tests a day.

The province added nine deaths to its official figure of 3,127. More than 2,000 of those deaths, or 64 percent, were living in long-term care facilities.

So far into the second wave of COVID-19, which began in late August, the death rate has remained very stable despite the increase in new cases. Medical experts have attributed this to a number of reasons, Including improvements in the average age of those who are now ill and how COVID-19 patients are being treated.

The number of patients in Ontario hospitals has dropped by eight to 314 today. Seventy-five, two reduction, were treated in intensive care units while 52 were on ventilators.

COVID-19 There are currently 7,669 confirmed, active cases across the province, a new record. This is almost 2,000 more than the spring peak in late April. More than half of the cases that are still active are correct in Toronto.

(Note: All of the statistics used in this story appear in the Daily Update of the Ministry of Health, which contains data up to 4 pm the previous day.

Hydro rates will rise this weekend

Electricity rates in Ontario are set to rise this weekend, with the average customer seeing their hydro bill rise nearly two percent compared to before the epidemic.

Earlier this month, the Ontario Energy Board announced new prices for homes and small businesses that will take effect on Sunday, November 1st.

The same is the day the regional government COVID-19 rate relief plan, which has been in effect since the end of March, ends.

The relief plan means the so-called “time-of-use” price of five million customers, which varies from day to day, paying a flat rate instead.

That rate initially rose to 10.1 cents per kilowatt hour, to 12.8 cents in June – much lower than the pre-epidemic peak-hour price.

On Sunday, those customers will return to time-use billing if they do not leave, with prices ranging from 10.5 cents per kilowatt hour during off-peak hours to 21.7 cents at peak hours.