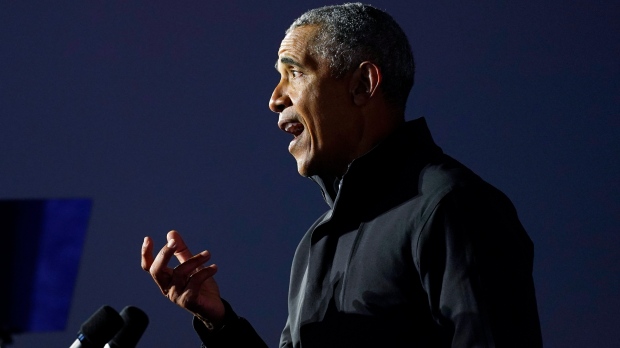 TORONTO – Former US President Barack Obama on Saturday praised Canada’s response to Kovid-19’s criticism of President Donald Trump’s handling of the pandemic, suggesting that the United States could save tens of thousands of lives if it acted like its northern neighbors.

Obama made the remarks at a drive-in rally hosted by Democratic presidential nominee Joe Biden in Michigan.

“Our mortality rate in the United States is two-and-a-half times higher than in Canada – think about it. If the same percentage of people were dying in Canada, almost 90,000 Americans would die instead of the 230,000 Americans we are doing here,” Obama said.

“If we had managed this epidemic like Canada, 140,000 of our fellow Americans would still be alive today. Think about it.”

Obama acknowledged that COVID-19 would be a tough file to handle for any president, but said: “The idea that this White House did something, but completely scraps it, is nonsense.”

Obama toured the state Tuesday as part of a final effort to increase voter turnout ahead of election day. Michigan was instrumental in Trump’s 2016 victory, where he won by a margin of 11,000 votes.

Biden had invested heavily on the battlefield in hopes of rebounding for Democrats on Tuesday, and according to the latest polling averages, he currently has a broad lead in the state.

As of Saturday, nearly 90 million voters had already registered ballots across the country, according to the Associated Press, with tens of millions expected to cast ballots by the end of Tuesday night’s election.

Michigan reported 3,793 new COVID-19 cases Saturday, the highest single-day case since the pandemic began, and 31 deaths, according to the latest update from the Michigan Department of Health and Human Services.