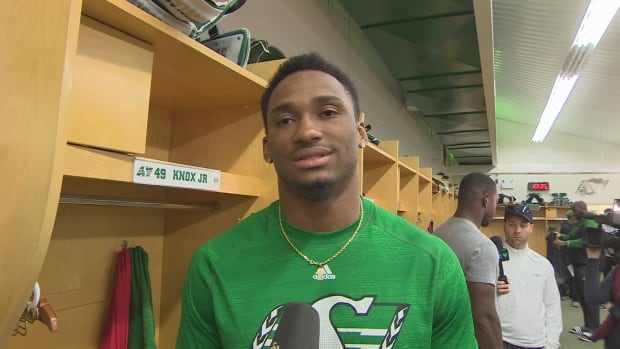 Pittsburgh Police have issued an arrest warrant for the Toronto Argonauts Linebacker.

Jeffrey Ali Knox Jr., 28, was charged with two counts of attempted murder, two counts of aggravated assault and one carrying a firearm without a license. Other charges on the warrant include not possessing, using, manufacturing or controlling a firearm and recklessly endangering another person.

The allegations stemmed from the Oct. 23 shooting in the South Side Flats area of ​​Pittsburgh, in which two people were injured and hospitalized, said Cara Cruz, deputy public information officer for Pittsburgh Public Safety.

According to Pittsburgh Public Safety, police and paramedics called the “Shotspoter alert” and made 911 calls about the shooting at 11:50 p.m.

When police arrived at the scene at the intersection of E Carson and S17th Street, they found two men with gunshot wounds. They were rushed to hospital in a stable but critical condition.

Police said the accused fled in an unknown direction. Authorities in the investigation closed the area after the shooting.

“The investigation is ongoing,” Pittsburgh Public Safety said on its website.

Chris Balenovich, Toronto Argonauts communications manager, told CBC News in a statement on Sunday that the team had been made aware of the allegations.

“The team is well aware of the allegations against Jeff. Obviously, we are taking these matters very seriously and we are currently looking into this and deciding the appropriate next steps for our organization,” Balenovich said.

Knox, not yet in custody, was born in Pittsburgh, according to the Toronto Argonauts list.

He played for the Saskatchewan Rafriders starting in 2015 and was named West Division All-Star. He was also named Saskatchewan’s Outstanding Player, Outstanding Defensive Player and Outstanding Rookie of the Year.

Knox signed with the NFL’s Tampa Bay Buccaneers in 2017, but apologized and returned to the Rafriders later that year. He signed with NFL teams in Washington, DC and Tennessee before apologizing. It then signed with CFL’s Ottawa Redblocks in 2019 and released in January 2020.

He was a member of the Argonauts for the 2018 season before becoming a free agent, and then re-signed with the team in February 2020.