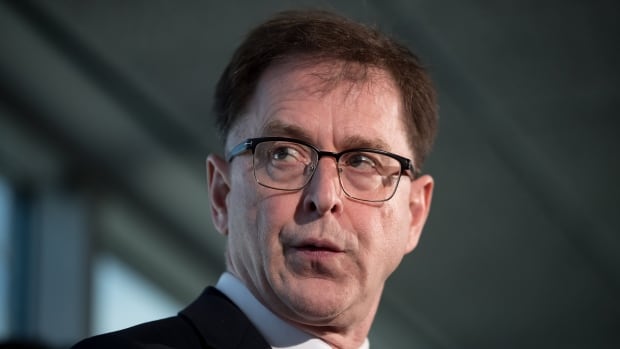 The BC Health Minister warns that the number of COVID-19 cases registered over the weekend in the province could be significant, following record numbers last week.

The number of cases that last three days between Friday and Monday is highest in Metro Vancouver, Adrian Dix said.

The numbers are “not what we’ve seen before,” Dicks told CBC on Monday Initial edition.

“It’s going to get people’s attention.”

BC peaked at 317 new cases on October 24 and recorded a seven-day daily average of 254 cases as of Friday.

Dix ‘warning comes after the footage aired on social media over the weekend Hundreds were crowded Granville Street for Halloween celebrations.

“This is a very annoying event, because I think it’s a symbol of people who do not follow the collection rules, which are limited to 50 people,” he said.

“Obviously, everyone is right there to see.”

It will take two weeks for health officials to determine if the incident led to further coverage.

Dix said house parties and private meetings, which are not visible on social media, but fuel the province’s growing case numbers, are a big issue.

Fraser Health officials in BC’s worst area said people should limit meetings Only those who live there.

Dix has discouraged people in Metro Vancouver from holding holiday meetings this year.

“This is an extraordinary time,” he said. “Actually and let’s celebrate with the people of our home.”

He said the province needs to make its message more effective for young people and those who speak English as a first language.

Dr. Reka Gustafsson, BC’s Deputy Provincial Health Officer, who is representing Henry, will join Dix at the briefing on Monday.