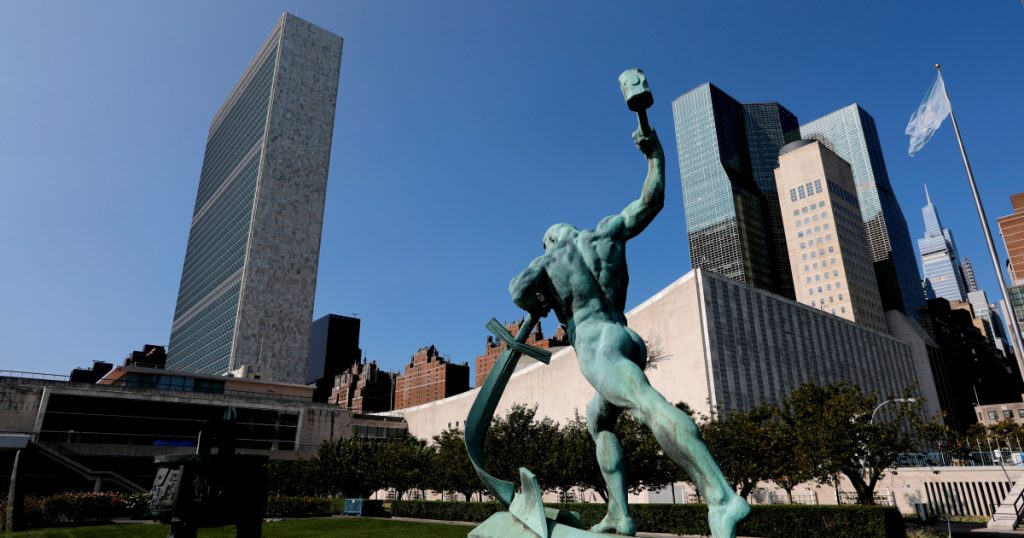 Seventy-two countries at the United Nations on Monday gave their “unwavering support” to the International Criminal Court (ICC) after Washington imposed sanctions on two top officials.

Read the joint statement signed by Australia, Canada, the United Kingdom and France, the traditional allies of the United States, “We affirm our continued support for the Court as an independent and impartial legal entity.”

The signatories to the Rome Statute, which established the ICC in 2002, pledged to “safeguard its integrity and independence through any actions or threats against the Court, its authorities and its collaborators.”

Washington has refused to recognize the Hague-based ICC and was set up to try cases of genocide, war crimes and crimes against humanity.

The joint statement said “sanctions” are a tool to be used against those responsible for most serious crimes, not against those seeking justice “and” any attempt to undermine the independence of the court should not be tolerated.

The statement said “loud and clear to the US administration: this is our court, backwards”, Dicker said.

The ICC launched a war crimes investigation into U.S. military personnel in Afghanistan earlier this year.

Richard Mills, Washington’s ambassador to the UN, said the United States reiterated its “persistent, long-standing, principled objection” to the ICC’s attempt to assert its jurisdiction over non – party states in the Rome Statute, including the United States and Israel. UN Security Council referral or consent of such State ”.

He said the U.S. government wants to protect U.S. personnel from unjust and unlawful prosecution by the ICC that threatens U.S. sovereignty.

The ICC has condemned the US sanctions as “serious attacks” on the rule of law.