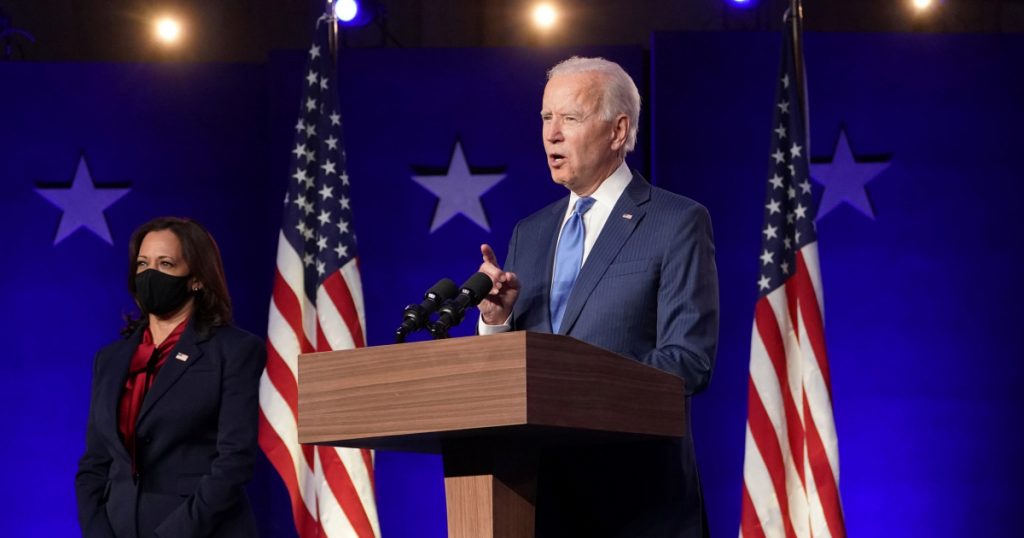 The numbers show that Democratic candidate Joe Biden will run for the presidency. He was a leader in Pennsylvania and Georgia.

Democratic presidential candidate Joe Biden has once again urged the people of the United States to be patient and calm as ballot counting continues in some states that hold the key to the White House.

In a speech from Delaware Wilmington on Friday evening, Biden said, “We do not have a final announcement of victory yet, but the numbers are clear that we will win this race.

“Look at the national numbers we are going to win this race with a clear majority and the country is behind us. We got over 74 million votes,” he said.

Biden took the lead Friday in Pennsylvania and Georgia, with both states still counting the ballots and close to victory. Closely competed Presidential race with President Donald Trump.

The Associated Press news agency said the two states, as well as Nevada, North Carolina and Alaska, are still very close to making the call.

However, Biden is confident that the final numbers will be in his favor.

He said he wanted all the ballots to be counted.

“We are going to over 300 Electoral College votes,” Biden said in his brief speech. He said he and his running colleague, Senator Kamala Harris, were not just waiting for the vote results, they were meeting with health and financial experts who had a plan to deal with the coronavirus epidemic and its financial collapse when they took office.

Trump on Thursday addressed unsubstantiated allegations of widespread voter fraud in the election.

On Friday, Trump – who mistakenly claimed he had won the election on Wednesday morning – tweeted that Biden “should not misrepresent the presidency” because legal action had just begun.

Trump has filed lawsuits in several states seeking to stop the counting of votes, while also indicating intent to demand a recount in Wisconsin, which the AP predicts Biden won.

Courts have already rejected some legal challenges, and experts say they do not believe the lawsuit will significantly affect the outcome of the vote.

Biden said he hopes to address the nation again on Saturday.