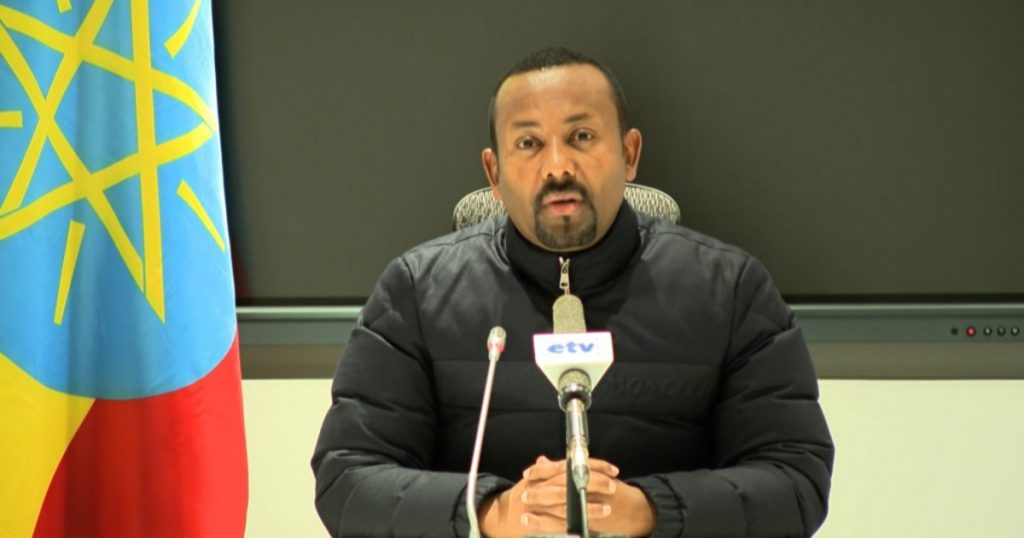 Ethiopian Prime Minister Abi Ahmed has fired his army chief, intelligence chief and foreign minister as the army continues a five-day operation in the northern Tigre region with new rounds of airstrikes.

As the number of soldiers wounded in the conflict continues to rise, the Abyss office made the announcement on its Twitter feed on Sunday, without giving any reasons for the changes.

Deputy Prime Minister Demeke McConaughey has been appointed Foreign Minister, while Bihanu Zula has been promoted from Deputy Army Chief to Army Chief of Staff.

Abi named Temesgen Thiruneh, the president of the Amhara region, as the new intelligence chief.

Despite international calls for talks with the Tigre People’s Liberation Front (TPLF) to avert a civil war, the prime minister is continuing his military campaign, which he announced on Wednesday morning.

A United Nations report on Saturday warned that nine million people were at risk of being displaced by the escalating conflict, with the government declaring a state of emergency in Tigre on Wednesday to prevent food and other aid.

The Tigreans dominated Ethiopian politics for decades until Abi came to power in 2018. They are fighting for efforts to reduce their influence.

Meanwhile, a medical official told the AFP news agency that 98 government soldiers were being treated for gunshot wounds at a hospital in the neighboring Amhara area, the latest indication that the fighting was intensifying.

Abi and military leaders hailed the victories of Ethiopian soldiers against forces loyal to the TPLF, but a communication blackout in the region made it difficult to verify their accounts.

A military and two diplomatic missions told Reuters news agency that an Ethiopian military plane had bombed a missile and artillery area next to the airport in the Tigre region capital, McKelle, on Sunday, but it was not immediately clear what was destroyed in the bombing.

The plane left a military base in the city of Bahir Dar in Amhara.

The new army chief told the Birhana government newspaper on Sunday that the army was in control of several towns near the Eritrean border, including Dansha and Shire, but did not say when the army had captured those areas.

It is impossible to verify the report as communications are blackout in this area.

Reports of dead and wounded soldiers have risen in recent days in Amhara, where three have died and 35 are being treated Saturday, a humanitarian aid worker said. On Friday, 105 people were injured and five were killed in the area.

Experts are concerned that the conflict could not only break up Ethiopia, but also resonate throughout the region and attract outside forces.

“It may be the beginning of a civil war, but it’s not certain,” said Martin Platt, a longtime observer of politics in the Horn of Africa. “The Tigray situation is one of the many crises in the country, but it is exacerbating the drawing in other Ethiopian regions, while at the same time threatening neighboring Sudan and Eritrea.”