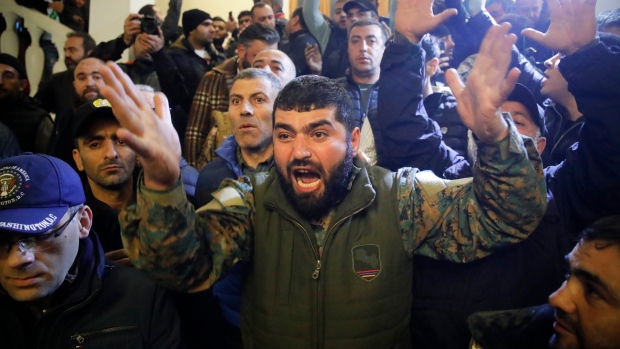 Yerevan, Armenia – Armenia and Azerbaijan The agreement reached with Russia on the Nagorno-Karabakh region of Azerbaijan calls for the deployment of nearly 2,000 Russian peacekeepers and territorial concessions.

Nagorno-Karabakh is an Armenian-backed ethnic group controlled by Armenian forces that has killed 30,000 people since the 1994 treaty ended a separatist war. Since then there have been fierce clashes, and on September 27 a full-scale fighting began.

Several ceasefires were called, but they were immediately violated. However, the deal, announced early Tuesday, saw Azerbaijan make significant progress as it took control of the strategically important city of Shushi on Sunday.

Armenian Prime Minister Nicole Pashinian said on Facebook that ending the fight was “very personal and very painful for our people.”

As soon as the announcement was made, thousands of people flocked to the main square in the Armenian capital, Yerevan, protesting the deal, with many shouting, “We will not give up our land!” Some of them entered the main government building saying that they were looking for a passerby who had already left.

The agreement called on Armenian forces to hand over control of some areas outside the Nagarno-Karabakh border, including the eastern district of Agdam. The area has a strong symbolic weight to Azerbaijan because its main city, also known as Agdam, is completely looted, and only the city’s mosque remains intact.

The Armenians also rotate the Lachin area, which contains the main road from Nagorno-Karabakh to Armenia. The agreement calls for the so-called Lachin Corridor to remain open and protected by Russian peacekeepers.

A total of 1,960 Russian peacekeepers are to be deployed in the region under a five-year mandate.

The agreement calls for the establishment of transport links through Armenia, which connects Armenia, Iran and Turkey surrounding Azerbaijan and its western exclave of Nakhsivan.

Two soldiers were killed when Azerbaijani forces shot down a Russian helicopter flying over Armenia near the Naqiwan border on Monday. Azerbaijan’s foreign ministry said the helicopter was flying low, “in view of these factors and in view of the tense situation in the region and increased provocative readiness to provoke the Armenian side, duty combat personnel decided to open fire.”

The capture of Shushi, mentioned by Azerbaijani President Ilham Aliyev on Sunday, was confirmed by the Nagorno-Karabakh Presidential Spokesman on Monday, with a significant strategic advantage for Azerbaijan. The city is located 10 km (six miles) north of the regional capital, Stephencourt.

“Unfortunately, we have to admit that a series of failures still haunt us, and the city of Shushi is not completely under our control,” Vagram Pogosian, a spokesman for the Nagorno-Karabakh government, said in a statement on Facebook. “The enemy is on the outskirts of Stephencourt.”

Since the previous war in 1994, international mediation efforts by the Organization for Security and Cooperation in Europe’s “Minsk Group” to determine the final status of the region have failed and the region has been separated from the rest of Azerbaijan by a demilitarized zone.

Aliyev on Monday urged US President-elect Joe Biden to step up mediation efforts. In a congratulatory letter to Biden on his election victory, Olive said, “Azerbaijan hopes that the United States and other OSCE Minsk Group co-chairs will accelerate their efforts for a proper solution to the conflict.”

Armenia says more than 1,200 Armenian troops have been killed in the war. Azerbaijan did not announce its losses.

Associated Press authors Jim Heintz of Moscow and Ida Sultanova of London contributed to the report.