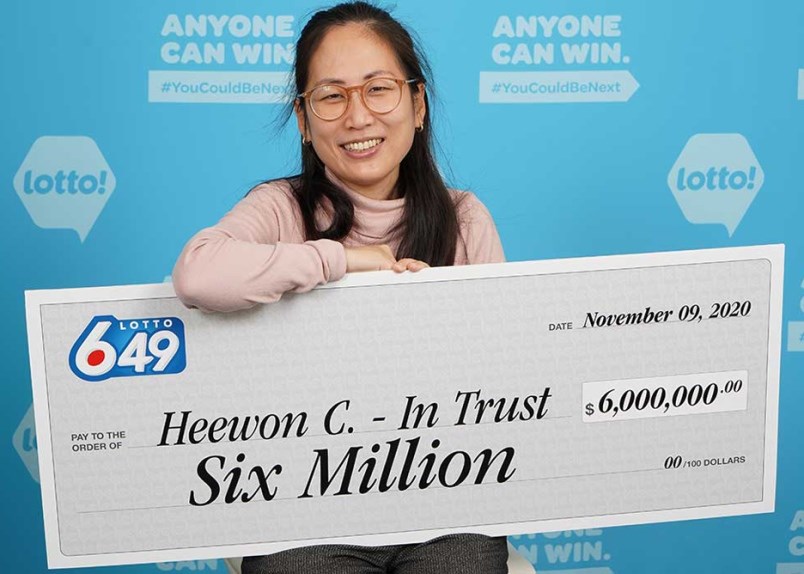 Four colleagues in the healthcare sector are sharing the $ 6 million lotto win – and also donating to the local hospital foundation.

Last week when Melania Nolan was sitting at her desk she suddenly heard a noise from her coworker.

Well, there is a good reason for the noise. Colleague Theresa (Hivan) Choi checked the BCLC app and found that they had won the October 31 Lotto 6/49 prize.

Now all they have to do is wait until two other co-workers who buy tickets every two weeks show up for work.

Colleagues in the field of health care

When the other two showed up, they shared the good news that the four of them would share the prize of $ 6 million from a ticket they bought in New Westminster near their work.

Choi and Nolan shared this article on Monday at a virtual BCLC event. The other two winners were out of hand and unnamed.

Nolan said the four have been working together in the healthcare sector and have dealt harshly with both of them in 2020, which is one reason why they decided to go together on lottery tickets.

“We want to do anything positive,” Nolan said. “Right now, it has a lot to process.

The two, who spoke to the media, said they bought the ticket on October 30, but did not check until November 2. They weren’t sure what the money would cost, but Nolan said she wanted to make a donation to the Hospital Foundation linked to her job.