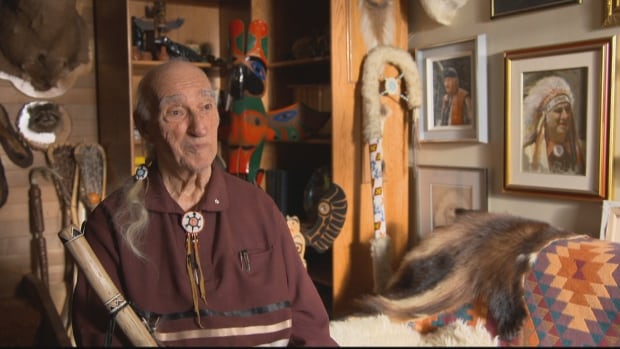 In his youth, he became famous to everyone and Wendt’s name was the only shit that meant “paddler”.

Born on August 6, 1931, in Wendeck, Que, Max Gross-Louis spent the early part of his life fishing, hunting and trapping on the traditional lands of Moniker and Huron-Wendat First Nation. Eventually he guided other people on such expeditions. Then, in the 1950s, he discovered a business opportunity in the buying and selling of indigenous arts and crafts.

Huron-Vendot First Nation announced on Saturday that Gross Louis had died of a long illness. He is 89 years old.

“Thank you Grand Chief One, for walking with us and on our side. It is very difficult to capture all the actions you have achieved in one message… You are among those who have faked our country,” current Grand Chief Remy Vincent said in a written statement.

The Wendek community and much of Quebec lost in Max Gross Louis, the great ambassador of primitive cultural and economic development. My thoughts are with his family. https://t.co/bDcCTHgYnn

Gross Lewis was first elected to lead Huron-Vendat in 1964 and had ideas.

Among them: loosening the grip of Indian law by creating an independent administrative mechanism for its first country and by setting up India’s own health and educational institutions. It took time and a lot of negotiation, but Gross Louis helped make it happen.

Gross Lewis also played a key role in the founding of the Canadian National Indian Brotherhood, the forerunner of the First Nations Assembly.

Leading the fight for self-determination

According to his friend and longtime political confederation Gabriel Saward, perhaps his greatest legacy was the financial aid program, which enabled young people in the community, especially Huron-Vendat women, to receive post-secondary education.

Speaking to Radio-Canada, Saward said, “Thank you for everything he left behind. In particular, he is able to recognize Canadian natives as full-fledged citizens and their ancestral and territorial rights for the struggle he has led for 60 years. Keep it up. “

Gross-Louis is locally known as the Quebec Nordics Super-Fan (he attended every home game and often inspired the audience by playing the drums).

He has received accolades and civilian awards, including the Legion of Merit of France (he is close to former French President Jacques Chirac and singer Gilbert Beckard), the National Order of Quebec and the Order of Canada.

Gross-Louis is survived by his wife, Mary Rooks, the couple’s children, and several grandchildren and great – grandchildren.