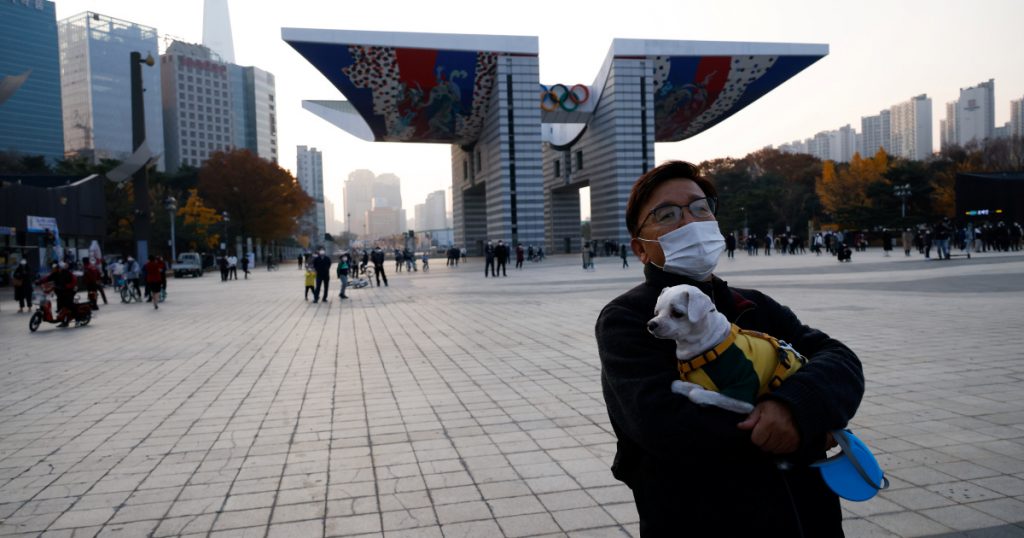 South Korea has confirmed 205 new cases of coronavirus – the first for more than 200 since the beginning of September, the Korea Disease Control and Prevention Agency (KDCA) said Saturday, enacting a new law that imposes fines on those who do not wear masks in public.

Of the new cases, 166 were broadcast locally and 39 were imported. Seoul and Jeonggi provinces are the most populous area near the capital, accounting for more than 65 percent of cases of local infection.

Health officials attribute the rise in cases to infectious groups linked to private meetings and public facilities, which has complicated efforts to identify transmission routes. In February and August – the most serious outbreak of COVID-19 in South Korea was associated with both church services.

President Moon Jae-in urged officials and local governments to raise awareness on the spread of the disease, and to strengthen guidelines such as the mandatory wearing of a mask.

“As we are a place where travel and meetings are increased, it is difficult to maintain the current confinement phase of the country’s socio-distance scheme,” Moon said in a Facebook post.

“If we lower our defenses and ignore coercive measures, our jobs and daily lives could be in danger and more damage and suffering could come,” he said.

With the steady rise in daily coronavirus cases in the triple digits over the past seven days, fines have begun to be levied on those found in public without a mask.

Individuals caught unmasked in public venues, including nightclubs, malls, theme parks and barbershops, face fines of up to 100,000 ($ 89.75), but operators of those venues can pay up to three million to win a fine.

Four South Korean footballers and a staff member tested positive for COVID-19, the Yonhap news agency reported on Saturday, citing the Korean Football Association, which said none of the five were currently showing any symptoms.

The latest daily number was just over 191 on Friday, bringing the total number of cases in the country to 28,338 with 492 deaths, the KDCA said.

The government is in final talks with global drug makers for potential COVID-19 vaccines as it seeks to supply 60 percent of its population this year.