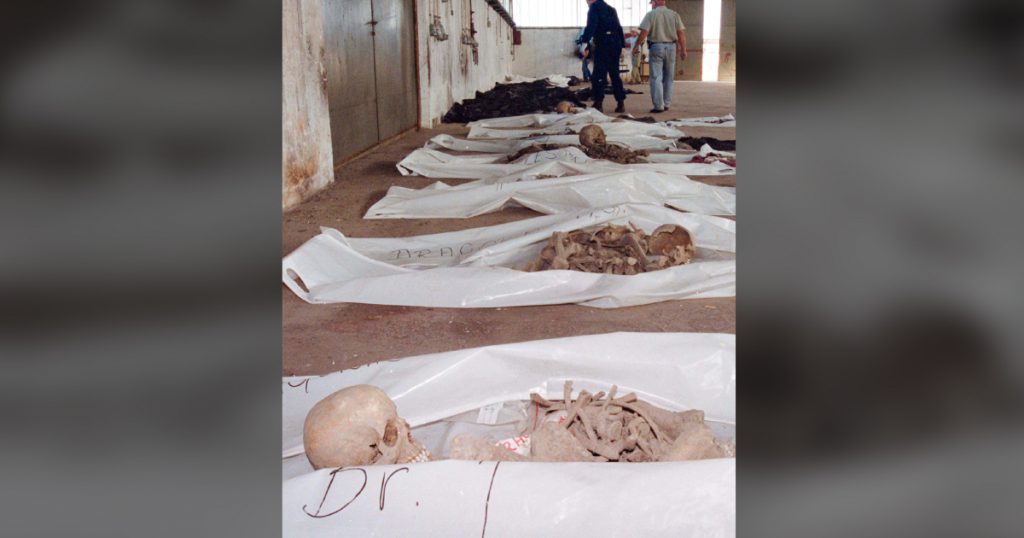 Dusan Kulibrk is accused of being involved in the killing of non – Serbian civilians in western Bosnia in the 1990s.

Bosnian police have arrested a former Serb policeman accused of killing 51 non – Serbian civilians in northwestern Bosnia and Herzegovina during the war in the early 1990s, according to the State Prosecutor’s Office.

Twenty-five years after the end of the US-sponsored Dayton Peace Accords between Bosnian Serbs, Croats and Bosnians (Bosnian Muslims), about 100,000 people have died, many of whom are still large numbers in the ethnically divided country.

Dusan Kuliberk, 50, was charged with involvement in the July 1992 killing of 44 Bosniak and Croatian civilians and was illegally detained for conversion from a notorious Omarska camp for non-Serbs.

Kulibrk, a member of the Serb-run Reserve Police Force in the town of Bosanska Kripa, along with others brought the group to the location of Lisakpit and shot them dead, the prosecution said Tuesday.

The remains of the victims were unearthed in 2000 when they were discovered.

Couliburg is accused of intercepting and killing a group of seven Bosnian civilians from Prizador on their way to the western town of Bihak. Their remains are also in the Lisak mass grave, the prosecution said.

The prosecution said that Kiliberg was being prosecuted for war crimes against civilians and that Milorad Kotour, a Bosanska courtesy, was being questioned in Serbia, where he currently resides.

Omarska is one of four Serb-detention camps in the northern Prizord region, in which 7,000 Bosniaks and Croatians were captured and tortured and hundreds killed, as part of a Serb operation to “ethnically clean up” areas intended by the Serb for their separate Serb state.

Dozens of Bosniaks and coats were tortured from the Prizador region, and thousands were found in mass graves after the end of the war. Several thousand more were missing.