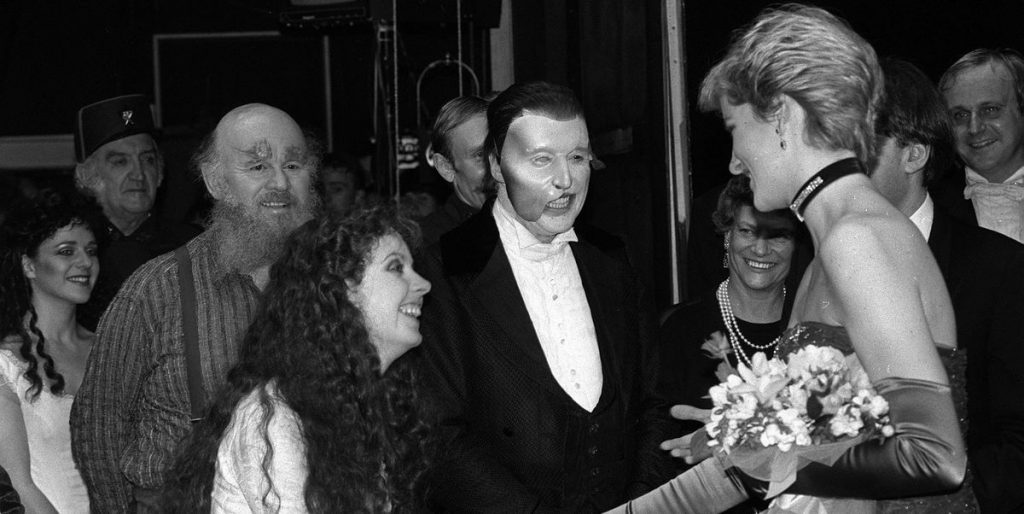 In the fourth season of Crown, Princess Diana (Emma Corinne) poses with her husband Prince Charles (Josh O’Connor) for an unexpected wedding anniversary gift: Video from the musical “All I Ask” The Phantom of the Opera. Recording is not a joke; She wore an elaborate Christine Doss costume on the original set of West End Productions, accompanied by a full orchestra. Diana was proud of this feat, but Charles was not happy about it.

The late princess is known to be a big fan of music and according to some accounts, she really gave this gift to her hubby. Annie Sulzberger, lead researcher Crown, Says The Telegraph, “We did not make it. There are many [press] Reports on this, including the show, are enough to keep us comfortable. This is the story that preceded the script writing. ”

Princess Diana dresses to attend the show The Phantom of the Opera 1986 at the Her Majesty Theater.

Sulzberger said it was unclear exactly what Diana did to her performance; As some reports suggest, she can imitate the song or dance to it. “To reduce the number of witnesses, they are more likely to play recording,” she said.

But, a 1988 Report In The Washington Post Stated that the recording had Diana’s original voice.

To this end, on the itchy anniversary of seven years, she presented Prince Charles with a video of her current favorite music, “The Phantom of the Opera” and her “All I Ask of You”. “She did this by renting a set of the show at a theater in the West End of London and directing the show’s choreographer Gillian Lynne. Diana did not settle for a second best. The show’s composer, Andrew Lloyd Weber, was there to oversee her performance.

Weber later denied the allegations The Telegraph. Some of the princess’s biographers — Penny Junor, Ingrid Seward and Simon Simmons — and even her former bodyguard were skeptical of the report.

Still, officer Phantom On the day Season 4 premiered, the Twitter account accepted the scene and shared a photo of Diana meeting the cast. The title reads, “‘All I Ask Of You’ has always been one of her favorite songs, she once made a private video on the Phantom stage.

During her audition for the role of Diana, Corinn actually sang “All I Ask”, and that performance (via the song’s YouTube concert track) helped her win over the producers. Vulture Reports.

For the actual filming process, Crown The real West End came Phantom Set, as well as actors from stage production and orchestra. Corinne, a theatrical-trained themed theorist, worked with the voice coach to develop a version of Diana’s singing voice. “I did about two [takes] And I had a complete panic, a runny nose. I have the right, the right break, “the actress said Vulture. But the cast and crew were very supportive of her.

Unfortunately, Diana’s “All I Ask” footage is not available to the public, so we are currently sticking with the screen version of Corinne.

This content has been created and maintained by a third party and will be imported into this page to assist users in providing their email addresses. You can find more information about this and similar content at piano.io.

READ  Tyler Oakley is taking a break from YouTube