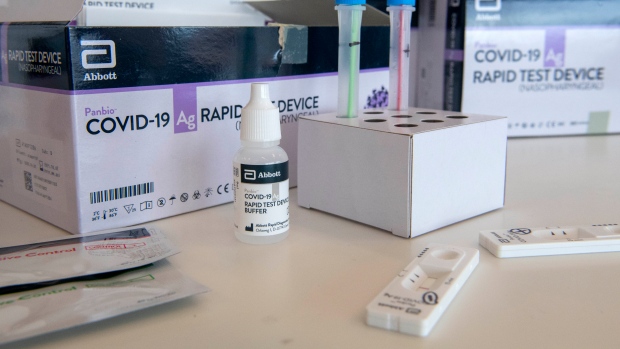 TORONTO – Ontario health officials are reporting an increase in COVID-19-related deaths as the province adds more than 1,300 new cases.

Health officials on Wednesday added 1,373 new cases of the coronavirus novel, and 35 people have died from the disease. The highest number of deaths occurred in a single day since the second wave began in mid-September.

Of the 35 deaths reported Wednesday, 22 were residents of those facilities, according to the province’s daily epidemiology report.

Of the 3,554 people who have died from the disease in Ontario since the outbreak began in January, 2,256 have been over the age of 80.

The new case numbers came today after the Auditor General of Ontario Released a serious review The health care crisis is being managed by a progressive Conservative government.

The report notes that Ontario is “slower and more reactive” compared to other provinces because it “failed to work” on key lessons highlighted after the 2003 SARS outbreak.

Regional health officials expected another 1,476 cases to be resolved by Wednesday, bringing the number of recovered patients in Ontario to 91,550.

The total number of lab-certified cases of COVID-19 in Ontario now stands at 107,883, including deaths and recoveries.

There are currently 523 patients in Ontario hospitals due to COVID-19, 159 of whom are in the intensive care unit and 106 of them are breathing with the help of a ventilator.

The Province stated earlier Once the number of COVID-19 patients in the ICU reaches 150, it will be difficult to support the medical needs of the disease in hospitals. Furthermore, the province said that when 350 Kovid-19 patients were in the ICU, it would be “impossible” to manage other medical needs.

Where are the COVID-19 cases in Ontario?

Entered the Toronto and Peel region Province lockdown phase On Monday, two COVID-19 hotspots were forced to close for at least 28 days at much-needed businesses, including gyms, malls and personal care services.

Many other parts of Ontario reported double the number of COVID-19 cases.

New cases of COVID-19 reported on Wednesday included people under the age of 80.

Authorities have processed 36,076 Kovid-19 tests in the last 24 hours. The province’s positive rate, including fake tests and errors, is now 4.7 percent, the health ministry said.

In total, Ontario has processed more than six million tests since the epidemic began in January