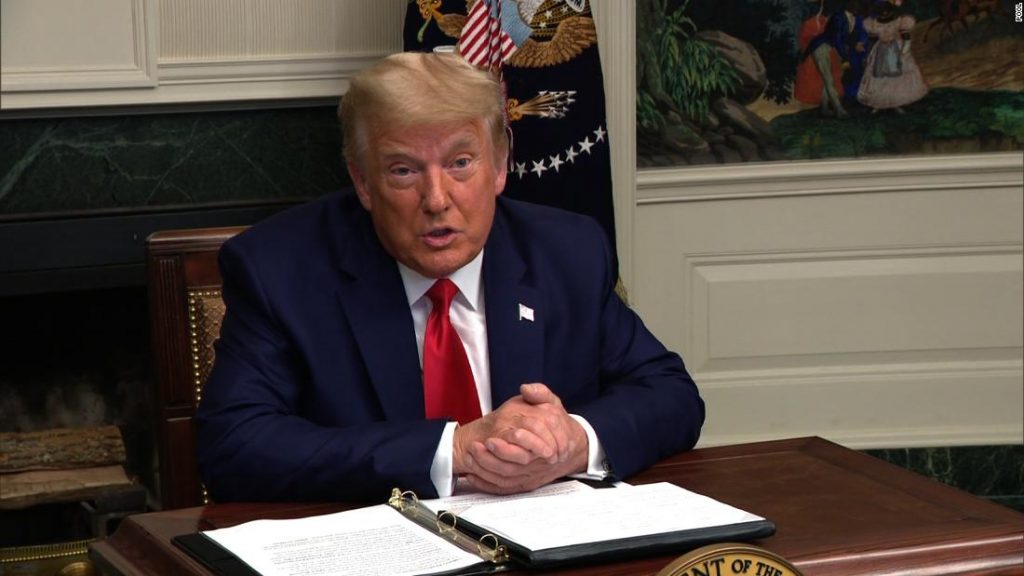 When asked by a reporter about leaving the White House if Biden was declared the winner on December 14, Trump said, “Of course I do, you know.” “I will, you know.”

“It’s the hardest thing to accept because we know there’s massive fraud,” Trump said without evidence.

“On whether we can move this tool quickly or not – because time is not on our side, everything else is on our side, the facts are on our side, which is a huge fraud.”

Announcing Biden as the winner, the President erroneously said that the Electoral College had “made a mistake, the reason for this election was fraud”. Trump was outraged at the journalist for emphasizing his remarks. “Don’t talk to me like that. I’m the president of the United States. Never talk to the president like that,” he said.

Thursday is the first time Trump has taken questions from reporters since the election.

Earlier this month, CNN and other lets announced that Biden would be the winner, but Trump refused to accept the results, claiming that his second term had been stolen and that baseless conspiracies had been hatched to launch it. A legal attempt to manipulate the results.

This includes falsely arguing in his election night speech that he had already been re-elected, had already won states that were in the air, and that his opponents were committing fraud.

In response, Biden’s campaign spokesman Andrew Bates said in a statement earlier this month that “the United States government has the potential to bring the aggressors out of the White House.”

By this time, the Trump campaign’s lawsuits had been repeatedly dropped or dropped, and earlier this week, the General Services Administration Biden was informed that the Trump administration was ready to begin the formal transition process.

The GSA letter noted the administration’s first step in accepting Trump’s defeat. However, moments after the letter was reported, the President tweeted: “Our case will continue to be tough, we will continue to fight well, and I believe we will win!”

He echoed that message at his news conference on Thursday Thanksgiving teleconference call with Military Members – U.S. Presidents have traditionally used the holidays to boost the morale of service members abroad and to remind the nation of their services.
READ  Missouri governor and wife test positive for Kovid-19