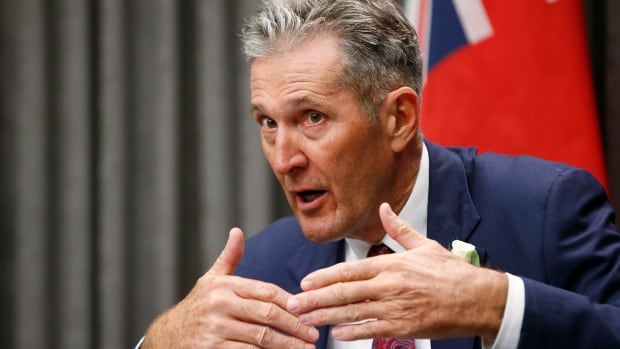 Manitoba Premier Brian Polyester called the federal government’s vaccine delivery plan “unfair” because it would take away a portion of the province’s dose to be distributed to First Nations communities.

The federal government has proposed to vaccinate provinces based on population, and Manitoba has the highest number of indigenous people in all provinces, Polyester told a news conference Thursday.

He said for the province’s local population, “the lowest amount will be available in Manitoba after the federal government withdraws this portion.”

Polyester said the health and welfare of indigenous peoples is a major responsibility of the federal government, and they want to provide additional amounts of vaccines to Manitoba first nations communities.

“They must first grow and protect our indigenous communities … but not everyone living in the same jurisdiction as the indigenous people should be punished by slightly altering the share of their vaccines,” he said.

He called on the federal government to bring in a national coordination plan with input from the states.

The Prime Minister said he planned to hold a meeting with Swadeshi leaders next week.