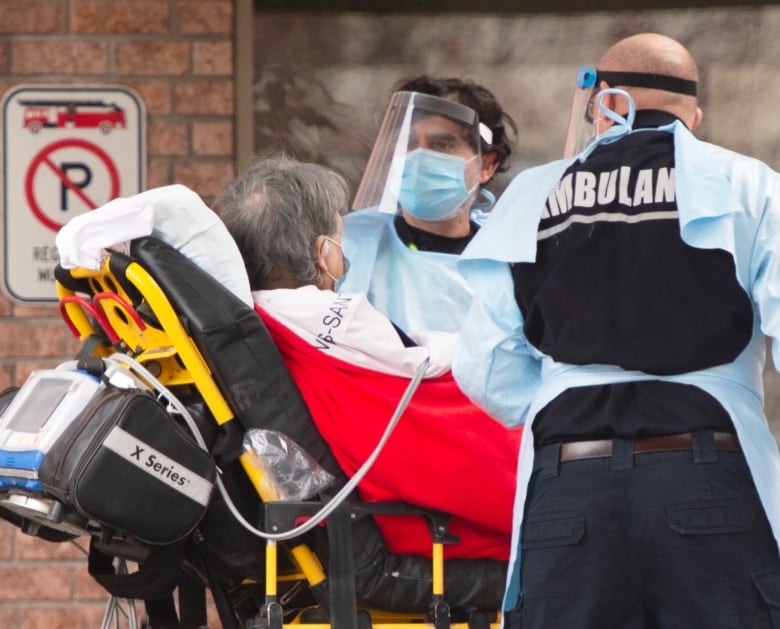 An independent committee to determine who became the first Canadians to be vaccinated against COVID-19 released its final order today, recommending that long-term care home residents and seniors over the age of 80 prioritize shots.

The National Advisory Committee on Immunization (NICI) said that early, limited vaccine doses should be assigned to those at risk of contracting the virus and developing severe symptoms.

With tens of thousands of deaths since the outbreak began, Canada’s long-term care homes have been severely damaged by the coronavirus novel.

The NACI said elderly people in long-term care and supportive living facilities, retirement homes and long-term care hospitals should be at the top of the list as they face “serious consequences” and are more likely to die from the disease. The initial batch will make about six million doses available in Canada in the first three months of 2021.

Pfizer’s vaccine, which is considered to be the first product approved by regulators for use in Canada, requires two doses – so about three million people need to be vaccinated in this first phase of the rollout.

NACI also recommends that provinces and territories prioritize staff working at these sites for early immunization – not just first-time residents.

After long-term care home residents and staff gain immunity, the next priority group should be all Canadians over the age of 80, NACI said.

“Priority should be given to the initial doses of COVID-19 vaccines that are effective for all adults of all ages, starting with adults aged 80 years and over, lowering the age limit to 70 years in increments of 5 years, and the supply will be available,” the final order reads.

After the 80-plus cohort vaccinations, NICI said frontline health care workers should be next in line.

The committee said doctors, nurses and other staff at hospitals should get their shots in advance to maintain staffing levels in the health care system.

NACI also expressed concern about indigenous adults living in communities, “infection can have unequal consequences, such as those living in remote or isolated areas.”

As health care options are limited at best times in rural and remote areas, Indigenous people face a higher risk of death and “social disruption”. Therefore, some First Nations, Matisse and Inuit communities should be on the first set to be vaccinated, the committee said.

The second phase of Canada’s vaccine rollout, which begins in April 2021, will have access to other needed workers as more supplies arrive online.

First responders – such as police officers, firefighters and health care workers not included in initial care – should be in line.

Residents and staff in other “compound settings” such as migrant workers, inmates in correctional facilities and people in homeless shelters should follow suit, NACI recommends.

Maintaining physical distance in Canada correctional facilities and areas such as farms and meat production and packing facilities is challenging and limits infection prevention and control measures.

NACI said it would be prudent to initially make shots available in these high-risk areas of the provinces and territories to stop further caseload spikes.

The NICI said it would include other essential workers in the second wave of vaccinations. Finally, it is up to the provinces and territories to more precisely define who qualifies as a “required worker”, but the committee suggested that grocery store staff may be on that list.