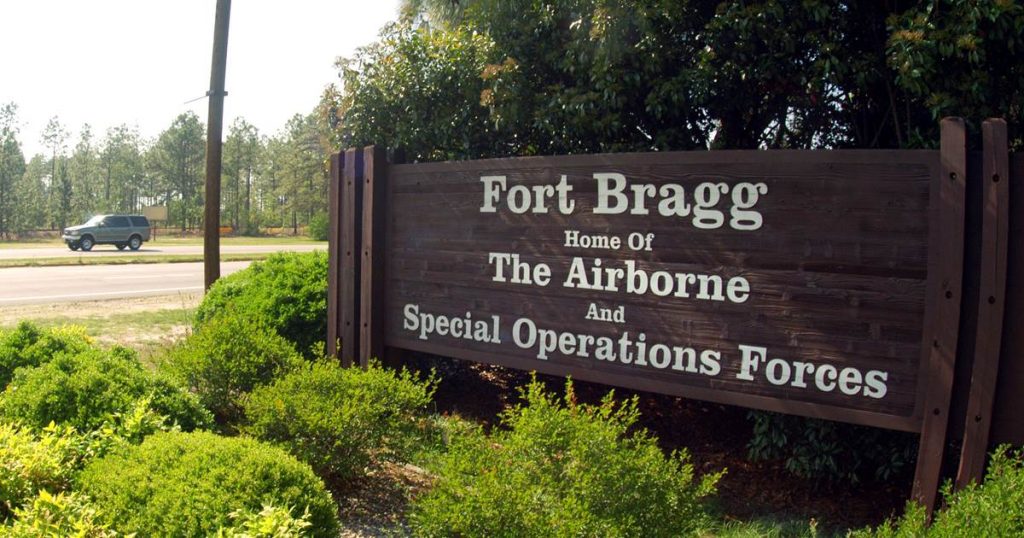 Officers at the Army’s largest base found two bodies in a training area this week.

Their bodies were found Wednesday in Fort Bragg, North Carolina. Officials say their deaths were not related to formal unit training.

The U.S. Army Criminal Investigation Command is continuing its investigation. Other information is not available.

One of the victims was Timothy Dumas, a 44-year-old Army veteran from Pinehurst, North Carolina, the Army said in a statement Friday.

“Losing a soldier is always tragic,” said Lt. Col. Justin Duval, of the U.S. Army Special Operations Command. “Master Sergeant. Lavigne dedicated himself to the army for 19 years and has been deployed many times in the defense of our country. Our condolences to his family during this difficult time. ”

Covering an area of ​​about 172,000 acres, Fort Bragg is one of the largest military complexes in the world, according to its website. Located next to Fayetteville in North Carolina, it has about 57,000 military personnel, 11,000 civilian employees and 23,000 family members.