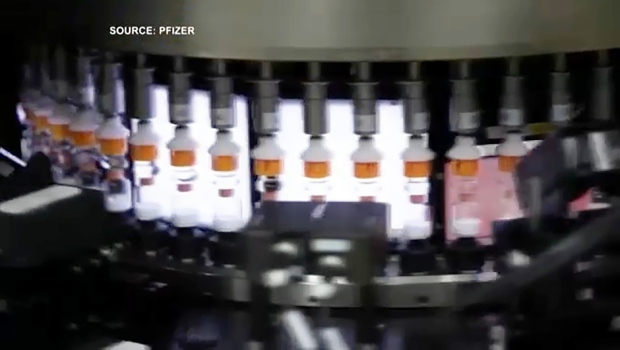 Calgary – In a month, the first dose of the Kovid-19 vaccine will be given in Alberta.

At the very least, the regional government expects the same.

The first phase of the vaccine roll-out is expected to begin in the first week of January 2021.

The shot will initially be available in the front row for seniors and health care workers – in this case, the “front line” is specifically ICU, Kovid-19 dedicated units and crowded hospitals.

In a small town with a small number of cases a family physician may not be eligible for the first dose, and Albertans over the age of 75 (65 if living in the first country) can access it no matter how many cases. Their community.

The province expects to vaccinate 435,000 Alberts, or about 10 percent of the population, in the first three months of 2021.

The second phase begins in April and is targeting high-risk populations, but it has not been decided who will fall into that category.

This includes those with compromised health, but should not be the only focus of some professionals.

The province will focus on classifying second-line vaccine candidates after the first phase has already begun.

Officials hope to launch those vaccines in April, but say the availability of doses at that time will help identify who is ahead of the line. If not everyone who qualifies under Phase One chooses to get the shot, if there are manufacturers under delivery or more, it may be less than what is currently available.

Fazel said he hopes the Alberts will be patient

“There will always be a subcommittee of the population, they are dissatisfied that even the citizens are taxpayers, but they did not get the vaccine in the first place,” he said. “But now we have come together as a nation as Canadians. We put our values ​​first.”