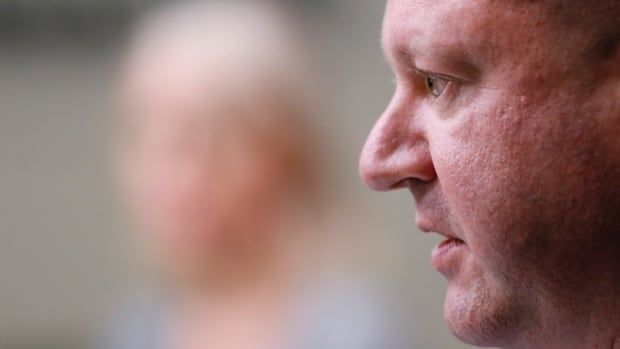 Manitoba has crossed 400 deaths due to COVID-19, with another 12 dead and 325 new cases, health officials said.

The five-day test positivity rate is 13.7 percent in the province and 14.6 in Winnipeg.

There were 310 people in the hospital due to illness, 38 from yesterday, 39 in the intensive care and 43 on Sunday.

More than 19,000 monitobans have been tested positive to date, two-thirds of them since the beginning of last month.

Her 60-year-old woman from Winnipeg, which is connected to the Health Sciences Center outlet in the GA3 unit, was one of a dozen deaths announced today.

“All these monitobans have been lost to us,” said Dr. Brent Rousin, chief provincial public health officer.

The Manitoba update recorded 33 deaths over the weekend – a two-day lethal so far, with a daily record of 19 deaths on Saturday. One in five cases occurred in the first seven days of this month due to illness.

The limited vaccine is coming soon

The news came after Prime Minister Justin Trudeau announced Monday morning that several million doses of the vaccine would be available in Canada by the end of this year.

Rousseau said it was unclear how much of that shipment was coming to Manitoba. He said the province is still working on its own rollout plan.

“Even in the new year we look forward to a lot [quantities], “He said.” It will be a very limited supply, especially in the beginning. “

The number of active cases dropped significantly after the province worked to find out a few weeks of data backlog that did not track all the recovered cases, Rousin said.

More than 4,000 previously listed active cases were confirmed to have been withdrawn, bringing the total number of active cases posted to 5,400. Rousseau said there was still a backlog and the actual number would probably be 3,500.

Rousin said the number at the hospital also dropped as the data backlog was partially cleared.

Meanwhile, the province has tested positive in an additional 125 cases of health care workers since March.

Lanette Siragusa, chief nursing officer of Shared Health, choked it to the backlog.

Rausin said a patient with COVID-19 attended the funeral on November 27 at Sapotaveak Cree Nation, where people should be self-isolated and call the local health center for instructions.

He asked that Manitobans not travel during the holiday season.

If you choose to travel outside of Canada, you may end up stuck abroad.

“Sanctions are changing quickly and can be imposed on countries with less warning,” he said.

“Your trip may be a lot longer than you think. You may have reduced access to quality health care.”

He reiterated that the number of current cases is very high, which could put the health care system at risk.

Despite tough sanctions and gradual enforcement, Manitoba’s COVID-19 outlook has largely deteriorated over the past month.

Although in the 300 to 400 range, daily new cases seem to be on the plateau recently and regional test positivity rates are the highest in Canada.

So do per capita hospital rates. There were just over 220 people with COVID-19 at a Manitoba hospital on November 12, with stricter sanctions enforced and hit a record 361 at the hospital late last week.

Currently, private indoor meetings are not allowed. Public collection sizes were limited to five, although officials urged Manitobans to completely abandon unnecessary meetings with people who did not live with them.

Individual church services were suspended for a few weeks, but some churches defied public health orders and enforcement authorities and continued to serve individually.

Springs Church in Winnipeg seeks exemption from operating drive-in services, but a judge ruled Against the request on Saturday.

When the current provincial health order expired on Friday, both Rousseau and Premier tried to persuade Manitobans to continue the sanctions, indicating where the numbers should not be to safely restore certain services.

Rousseau said an update on the limits will come this week.