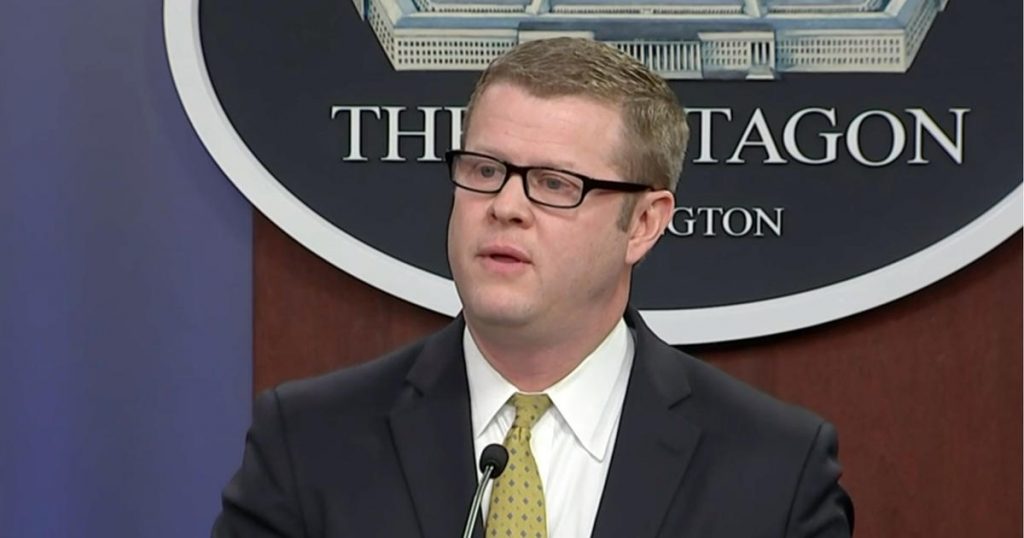 Army Secretary Ryan McCarthy announced Tuesday the 14th Fireings and suspensions Among commanders and lower-level leaders as a result of an investigation into a pattern of sexual harassment, harassment, suicide and homicide at the Fort Hood Army Post in Killen, Texas.

Specialist investigated after death Vanessa Gillen, Was killed at Fort Hood earlier this year. In addition to disciplinary action, McCarthy released findings from A Independent review He was hired in July to focus on allegations of discrimination, harassment and assault at Fort Hood. McCarthy cited five civilians as part of a review of the base and command atmosphere and culture in the surrounding military community around Fort Hood.

“I find that the problems at Fort Hood are directly related to leadership failures,” McCarthy told a Pentagon press conference.

Among those relieved of duty was Major General Scott L. Efland, Colonel Ralph Overland and Command Sergeant Major Bradley Knapp. The outcome of a new investigation into the 1st Cavalry Division’s Command Climate and Program to Prevent and Respond to Sexual Harassment and Attack is pending with Major General Jeffrey Broadwater and Command Sergeant Major Thomas C. Kenny was suspended by the military.

Mr McCarthy said Gillen’s assassination at Fort Hood and throughout the Army “shocked our conscience and brought it to the attention of deeper issues.” It “forced us to critically examine our systems, our policies and ourselves,” he said.

Guillain, 20, went missing on April 22. On June 30, her body was exhumed outside the post. Aaron Robinson, the specialist responsible for her death, committed suicide on July 1 while police were trying to detain her. The Gillen family said Robinson sexually abused her, but the Army said there was no evidence to support the claim. McCarthy said the case is still under investigation.

On July 30, McCarthy ordered the formation of an independent review committee to review the culture at Fort Hood. The committee is made up of a veteran non-profit regional director and four lawyers with backgrounds covering law enforcement, military and government investigations and complex employment issues.

Their investigation ended with nine investigations and 70 recommendations, which were submitted to the Army leadership on November 9th.

“The committee’s finds major flaws in the implementation, reporting, and judgment of the sexual harassment and assault response prevention program; Climate, “McCarthy said,” then I decided to accept all of these results in full. “

Chris Swaker, a lawyer and former assistant director of the FBI’s Criminal Investigations Division, led the investigation. He told a news conference on Tuesday that Fort Hood had a policy of “missing persons” and “failed to establish criminal repression strategies”.

Swicker said the victims were afraid to come forward and did not trust Fort Hood’s process for an investigation into allegations of sexual harassment and harassment.

“There were fears that the confidentiality of the reporting process would be compromised,” Swaker said. “It took a long time to see the verdict. People never saw the verdict.”

“We’ve seen the process of delay and you know the proverb: justice is delayed justice is denied,” Swaker said.

One-third of the soldiers interviewed by the panel were women. According to Quetta Rodriguez, a member of the regional board of directors of a non-profit organization for veterans, more than 18% described sexual harassment.

“We found 93 trusted accounts of sexual harassment, of which only 59 were reported,” Rodriguez said, adding that the number of unreported accounts shows how “lack of confidence in the system of attacks” affects reporting.

Carrie Rickey, associate general counsel for the U.S. Department of Agriculture, who served on the panel, said the interviews revealed that the victims “felt reluctance, and we felt untrustworthy.”

“A lot of soldiers believe what they need, and I want to tell them, ‘We trust you,'” Ricky said.

Attorney Jack White, who has experience in government investigations, said the findings and recommendations took into account lengthy conversations with Gillen’s family members.

“We want to hear from them what their experience was when their daughter went missing, what their interactions with the command were during the search,” White said.

McCarthy said the “People First Task Force” was responsible for formulating plans to implement the committee’s recommendations, which begin in March. He said he had already signed a new policy to be followed when soldiers go missing.

The new policy allows commanders to classify missing soldiers as “absent” for up to two days while trying to find out if a soldier has voluntarily resigned. Earlier, unidentified soldiers were immediately listed as AWOL.

“It clarifies the expectations and responsibilities of unit commanders and Army Law Enforcement officers, focusing on the first 48 hours a soldier is missing,” McCarthy said. “It will create new processes for supporting families of missing soldiers, for soldiers reporting on duty status and accident status.”