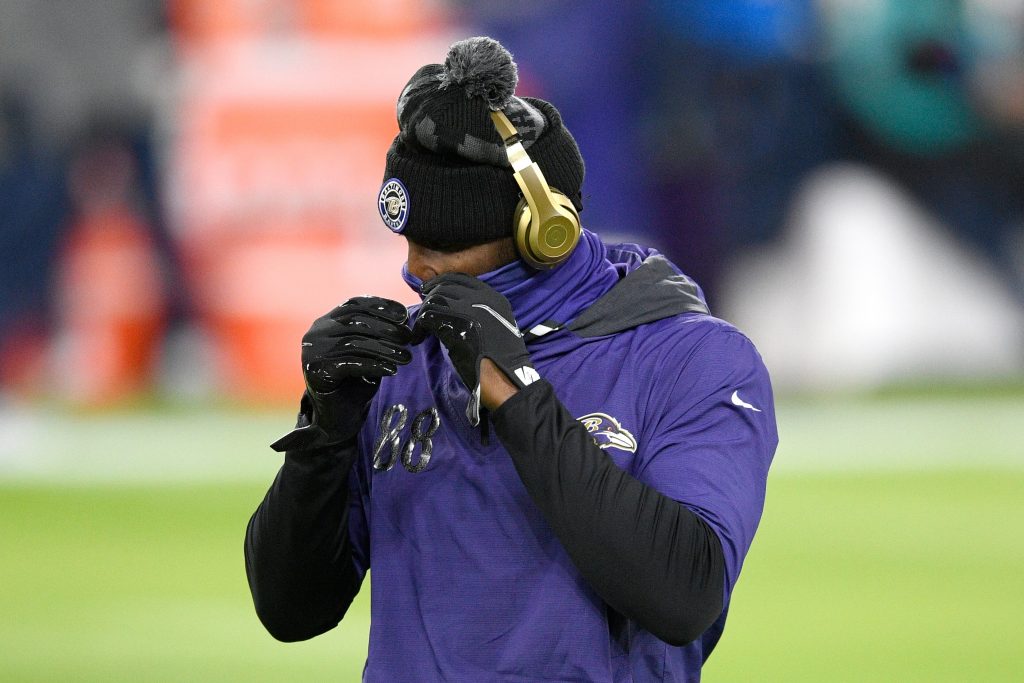 Baltimore Ravens Wide receiver Des Bryant was drawn from Tuesday night’s game Dallas Cowboys After he was removed from the warp and tested positive for COVID-19.

An hour before the game against the Cowboys, Bryant left the field and the team announced that he had been ruled out of the game due to illness. Bryant immediately took his thoughts to Twitter.

The Eagles Analysis begins on Jalen Carson Wentz VS. Saints

“Tell me why they’re pulling me out of the heat, so I can test … my sha – come back positive … I tested positive for Kovid,” Bryant wrote. “The silly thing is I have the same damn routine …. this sha – I don’t understand.”

Shortly afterwards Bryant followed it up with another tweet.

“Yes, I’m going to go ahead and call it quits for the rest of the season … I can not face it,” he wrote.

“Before the game I tested positive for Kovid so will the game stop or continue? “NFL,” Bryant said before sending the final tweet, “I’m going to drink some wine ….”

Bryant, who played for the Cowboys for eight years before being released in April 2018, joined the Ravens in October, and is looking forward to fighting his former team for the first time in his career. Unfortunately for Bryant, the Cowboys were unable to show that they had done anything wrong in getting rid of him.

The Ravens appear to have been exposed to COVID-19, which puts 23 players on the reserve / COVID-19 list.

Several players, including quarterback Lamar Jackson, were activated on Monday.