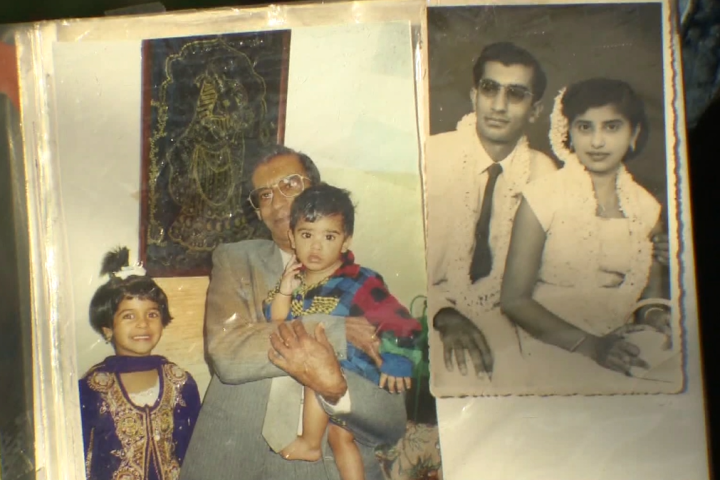 A Barnaby man shares his heartbreak after losing both his mother and father COVID-19 Sunday just hours.

The couple, who immigrated to Canada from Tanzania 20 years ago, have been married for 68 years.

Read more:
The hospitalized BC COVID-19 patient said: ‘I do not want to die just because I am old

“It’s like someone cut off your legs (off),” Remtullah told Global News on Wednesday.

“I could not bear it. I’m completely empty, I do not know what to do. As if I was left in the dark. “

Remtullah’s mother was rushed to the Royal Columbian Hospital with a common infection in mid-November, but tests also confirmed she had COVID-19.

His father was tested and diagnosed with COVID-19, although he remained asymptomatic for a week and a half before having trouble breathing.

He was rushed to Barnaby General Hospital.

“It’s really hard. When I broke down in tears,” Remtullah said.

“I know they are not young. Suddenly I thought, ‘Is this the last thing I want to see? Are they okay? ‘”

Then, on Sunday, things got worse. Remtula received a call from General Barnaby that his mother’s condition had deteriorated severely and that her heart might fail.

Introverted and unable to speak, Shasultan said goodbye to his grandchildren via FaceTime.

“It simply came to our notice then. I was right with our sale. I held her hand, ”he said. “We said our prayers and she left us at exactly 7 o’clock.”

A few hours later, Remtula went to see Barnaby General to see his father, but he said it was very difficult to tell him about his mother.

“I grabbed (his) hand and I started saying my prayers and he was dead,” he said.

“She seemed to be with me. I’m telling (me) that I’m taking your dad with me too.”

Rentullah’s parents are well known in Canada and in their home country for their volunteer work and community service.

The mayor of his father’s hometown phoned to express his condolences and remembered his father for the work he had done in the community decades ago.

Read more: ‘This is not a hoax,’ said BC Dr. who was hospitalized for 105 days with coronavirus

Rentullah, who is still grieving, said he wanted to share his family story so that others could know the number of humans that the virus has fallen on families.

He urged those who believe that COVID-19 is a hoax or another flu to be taken more seriously.

“It saves a lot of lives if you take a second of your time – and the emotions that people experience when they lose someone,” he says.

– With files from Sarah McDonald’s.