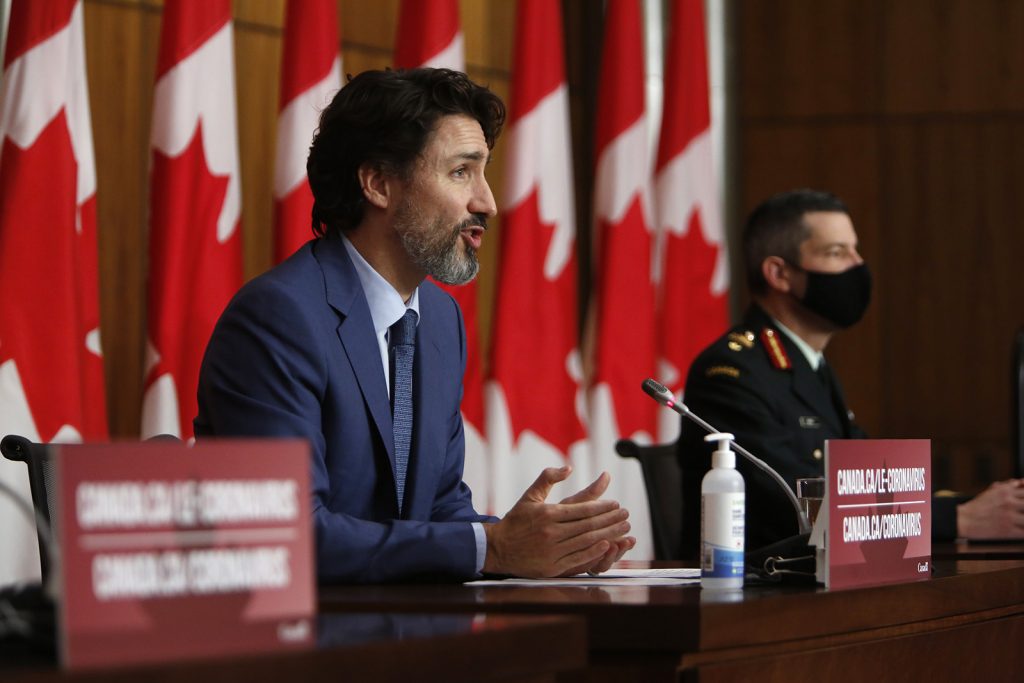 Canadians received very sober news on Thursday as public health officials in several provinces said they were facing an increase in infections despite new sanctions and lockdowns.

Prime Minister Justin Trudeau has stressed the need to continue public health protocols with the announcement that vaccines will arrive in Canada by Monday.

“The first 30,000 doses will arrive on Canadian soil in a matter of days. For all Canadians, if you feel relieved and hopeful, you’re not alone, this is good news for all of us, but remember that this is only the first step in becoming a huge project in the long winter,” Trudeau told a news conference in Ottawa on Thursday evening. At the meeting.

Canada has not disclosed logistics or tracking information on the Pfizer / Bioentech vaccine because officials say it is a “credible” security issue when it enters the country.

Trudeau stressed that he did not believe there would be any interruptions when the vaccines traveled from Belgium to Canada.

Vaccination timeline in Canada Several provinces – including Canada’s two largest, Quebec and Ontario – have recorded record cases of Kovid-19 in recent days, with lockdowns having a low impact in both Toronto and Montreal, officials said.

Ontario on Thursday released new modeling and confirmed that, according to mobility data across the province, people are moving closer to normal outside their homes and contacts are not being restricted enough to stop the spread of the virus.

Montreal on Thursday broke the one-day record with 648 new cases of Kovid-19, a growth rate that the city’s director of public health called “alarming.”

“I know we’ve all tired, but we need to make an effort,” Dr Mylene Drouin, Montreal’s director of public health, told a news conference on Thursday.