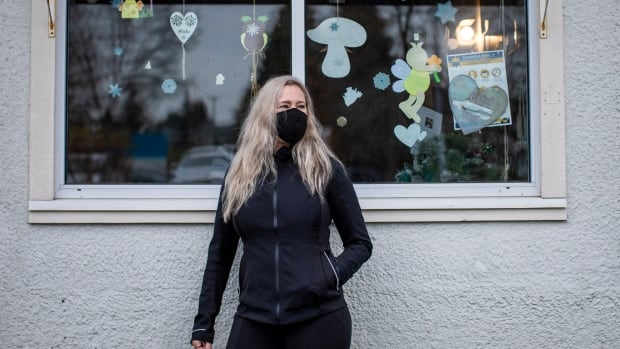 What Agnes wants to care for is to hug her brother Irak. And in this pandemic year, she is frustrated that she can’t do more than visit from the outside window of her care home.

Irak Vegil, 48, has amyotrophic lateral sclerosis or ALS. Since 2008, he has been a resident of the George Pearson Center in Vancouver, an expanded care facility built in 1952 for people with complex physical and health conditions. The outdated site is scheduled for redevelopment in the coming years and residents will be relocated to new support homes.

For Care and her parents Andrzej and Grazina Vegial, changing their son and brother does not come quickly. Until that happens, the family is struggling to improve the quality of his care at George Pearson, which Care describes as “not enough.”

She believes the COVID-19 pandemic has exacerbated Irek’s situation.

“During the first two months of the lockdown, when visits were limited, my brother had three serious infections that put him in the hospital,” she said. “ALS is already a very serious disease and your loved one and your family through this struggle, with anxiety, stress, stress, especially at this time, it is heartbreaking.”

Long before the epidemic, the family repeatedly recognized the problems surrounding care. Carey alleges that his brother is often in an awkward position in his bed and wheelchair, resulting in pain and discomfort and that his call-button – his only lifeline – is often unavailable to him.

And at times, she alleges, the injury was caused by a lack of proper care.

READ  Australia made a "big mistake", the French ambassador said

The center agreed that care was not ‘the best possible’

In 2015, Irek Vazial’s hand was shot with a defective string in his call-button. The center agreed that “he did not receive the best possible care for this particular incident” as a further investigation into the incident did not reach a decision on what happened.

Care said their situation was not unique. Over the years, the families of George Pearson residents have fought for better care for their loved ones. And it was a long and frustrating battle.

“We had meetings with social workers once a month with all the other families,” she said. “It was very difficult, because every time we tried to improve care, we had resistance. No matter how many times we complained, nothing improved.”

She did not stop fighting.

She took her problems to George Pearson Management, Vancouver Coastal Health, Patient Care Quality Office, local MLA Michael Lee and the BC Ombudsperson. And she was bored from years of looking indifferent.

Assuming she had no other choice, Carey leaned towards BC Health Minister Adrian Dix. She and two other families of George Pearson residents met with the minister on August 21st.

“We told him what my family and other families face on a daily basis. We asked for help for change and cried in despair,” Carey said. “It’s beyond despair.”

Although she did not hear anything directly from the Ministry of Health, after the August 21 meeting she received notice that the Patient Care Quality Review Board had reopened her file. But so far, nothing has been resolved.

Accountability is very difficult to find, the lawyer said

The Ministry of Health and Vancouver Coastal Health did not respond to repeated requests as to whether any progress had been made since the meeting with the Minister.

Christine Gordon understands the frustration of families. She has been with Policy and Program Consultant with Disability Alliance BC and the Community and Resident Mentors Association in George Pearson for over 20 years.

“The problem is that they are all trapped in a structure that is very challenging for all of us right now,” she says. “It is very difficult to get accountability around all the actions that are put in place to protect the people.”

Raising awareness among the people will further enhance the benefit of families, she said.

“Raising awareness with the general public and calling for accountability from people who care, even if there are no relatives in long-term care,” she said.

On November 18, the families received a notification from Vancouver Coastal Health, where after the COVID-19 cases were confirmed, the center was placed under better surveillance. None of the residents were affected and no outbreak was announced. So far, the order on the use of goggles or visors aside, there are no news yet.

Irek’s parents are still able to visit – they have been for many months now – as necessary visitors. Agnes, an active paramedic, continues to visit from the outside, at the window or via Skype.

This is a new concern for Care and her parents, who are concerned about the dangerous health of the Irrawaddy.

“The change at George Pearson needs to be made and done soon, for my mother, my brother and dad – for families like me,” she said.

“I want my brother to be safe.”

Talk more about this story to hear CBC’s Kathy Brown Initial edition, Click on the audio link below:

Kathy Brown talks with Stephen Quinn about the Kovid-19 re-armed concern about how patients are living at the George Pearson Extended Care Facility. 8:35