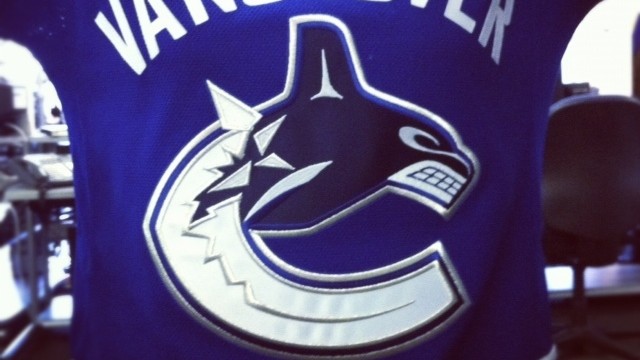 Vancouver (News 1130) – While welcoming the revived discussion about indigenous art and cultural allocations, the former indigenous pro hockey player said he does not see any problem with the current logo of the Vancouver Conks.

The C-shaped whale logo features Haida design elements. Muskweem, Squamish, and Sleil-Wouth – whose team operates on unlimited territory – have expressed no problem with that. There is also the BC Indian Chiefs Union.

Peter Leach of Tit’ket First Nation says the logo has “touches of indigenous art” that he feels is not a symbol of what can be considered a cultural acquisition.

Related: The logo discussion started via a tweet thread from a native history professor in Manitoba

Leach feels that Connex has taken some good first steps when it comes to domestic issues.

Francisco Aquilini, chief operating officer of Connex Sports & Entertainment, which owns the team, said they understood that not everyone embraced the logo, but many pointed out that “including our First Nations friends”.

“We are grateful for this supportive display and all the positive feedback we have received,” Aquilini said.

Below is the official statement from the Congs sent to News 1130:

On behalf of Canx Sports & Entertainment Chairman Francisco Aquilini:
“We consult with first countries on many issues surrounding our teams and businesses and value their wise suggestions. (Recently, we collaborated on the Vancouver Warriors LaCrosse team branding.) Not everyone is embracing the Canucks logo, but a lot of people, including our First Nation friends, have a lot to do. We understand that we are happy and thank you for this supportive display and all the positive feedback we have received. ”

READ  There is no question of slowing down on Austria

The three host nations are the Chiefs of the Musketeers, the Squamish, and the Sleele-South Nations:
“We feel it is important to come forward with a statement highlighting the long-standing relationship between the host countries and the Vancouver Conkes and Aquilini family. For over a decade we have worked side by side to build a long and meaningful relationship based on respect and family values. By honoring the Aquilini family countries, our organization Has supported the communities by creating space in their organization and allowing nations to be represented at their events. Our countries appreciate the work they do and their friendship.

On behalf of Trent Carroll, Chief Operating Officer, Connex Sports & Entertainment:
“The Vancouver Canc మరియుs and Aquilini family respect and adore the people of First Nations in British Columbia and are grateful for our many meaningful personal and professional relationships. We are in constant conversation on many aspects of our various businesses, including branding and logos. For example, recently we collaborated on the Vancouver Warriors Lacrosse team branding‌. The Aquilini family has worked with local nations for decades on extensive development projects and other opportunities. The Orca logo has been on the Canx jersey for more than any other logo in team history and has many supporters throughout BC, including our First Nations friends. The majority of feedback over the past few days has been very positive and we look forward to many more years of strong relationships with First Nations communities across BC. ”

– With files from Ash Kelly