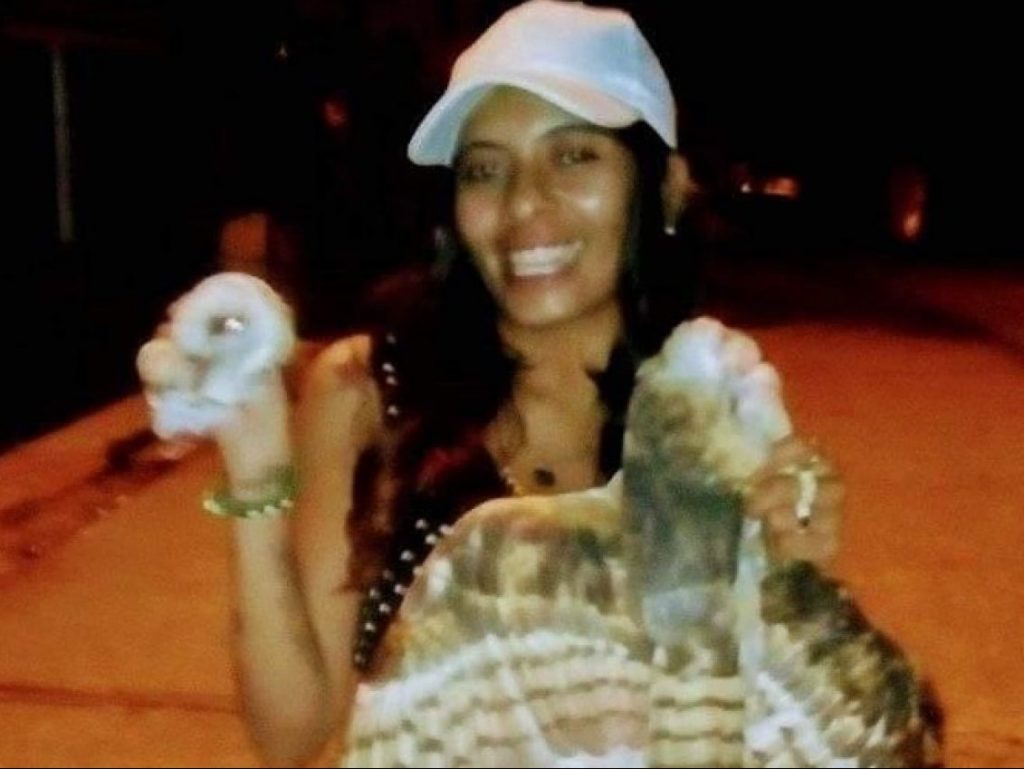 A Colombian woman who caused outrage over the summer by beheading an owl in a social media video has reportedly been shot dead in a drive-by shoeing.

Miladis Aldana, 21, was killed by a motorcycle rider outside his home in the town of Korozal in the state of Sucre on Sunday afternoon. Daily MailReports.

Aldana’s death comes six months after she was called a ‘l killer’ for beheading a liveborn owl in a disturbing video she posted online that went viral across Latin America.

The woman posed with a dead bird, branding its head in one hand and holding its headless corpse in the other.

On Sunday, two men on a motorbike appeared outside her home in the vicinity of Louis Carlos Gallon at 5 p.m.

One of the men fired six shots at her.

Aldana was rushed to hospital by her relatives, but by the time she arrived she was dead.

She was questioned by police about killing the owl after concerned citizens found out about Colombia’s environmental organization.

Aldana is being prosecuted for animal cruelty, a local prosecutor said.

There have been several threats against her on social media in recent weeks.

Authorities have not yet commented on the motive for her death.

Following the news of her death, animal lovers rushed to share their views on social media.

Andres Rojas Arenas described her event as “news that illuminates the soul”.

Meanwhile, Ramirz Julie said: “The owl came for her.”