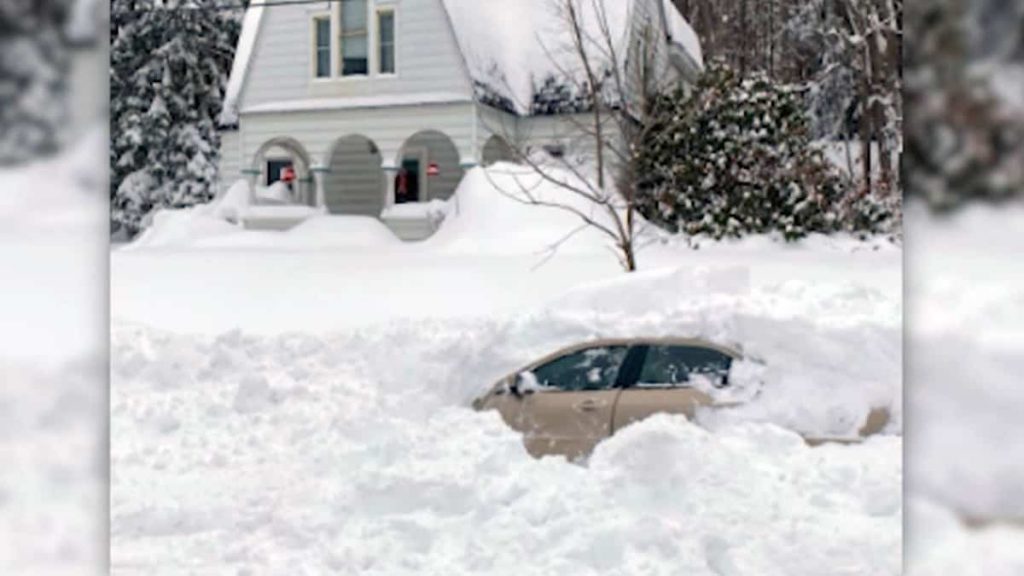 A motorist got stuck in his car without heating for more than 10 hours after being completely covered with an ice plow.

New York State Police say 58-year-old Kevin Cressen’s car was pulled off the road to Ovego during a blizzard.

Shortly afterwards, an ice plow passed through and covered the vehicle with four feet of snow, CNN reported.

On Thursday morning, the sender informed Police Sergeant Jason Cowley that they had received 911 calls from Kevin Cresson, but no one was able to locate him.

The sergeant then drove into the area, but found the car on his turn.

He began digging in the snow near a series of mailboxes to find home addresses.

Just as he was clearing his way to another mailbox he accidentally hit the car’s windshield.

CNN reported that Kevin Kresen was taken to hospital for treatment of hypothermia and frostbite.

The region received 40 centimeters of snow during a hurricane that hit the northeastern United States.