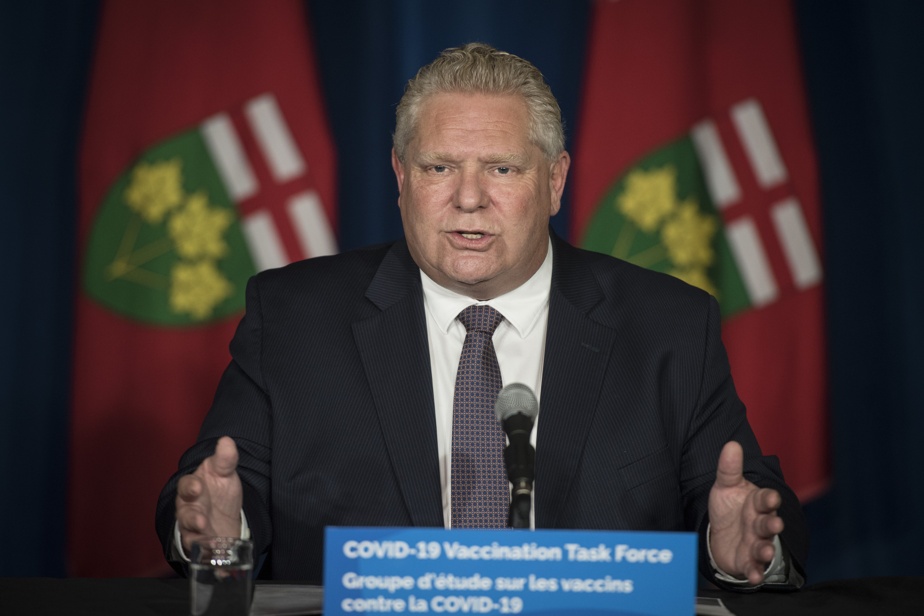 (Toronto) The number of new cases of COVID-19 in Ontario continues to rise, and the province considers its ability to control the spread of the virus to be “dangerous.”

These estimates are in line with new estimates that four to six weeks of severe lockdowns could reduce the number of daily cases to less than 1,000. Ontario on Monday reported 2,123 new COVID-19 cases and 17 deaths related to the virus. .

Under all circumstances, new estimates show that Ontario will see 300 intensive care unit beds in just 10 days, doubling the admission to 150 beds, and the need to abolish “elite” surgeries. In the worst case scenario, after the holiday season, the intensive care occupancy rate would reach 1,500 beds by mid-January.

Data show that deaths from COVID-19 continue to rise, especially in long-term care, with 1 to 633 resident deaths occurringIs September, but only 100 last week.

The new data came as Premier Doug Ford was about to announce at least some new, tougher sanctions in the afternoon. The 1pm press conference will take place in Hamilton on the first day of the lockdown. This is the fifth time the region has entered the “gray zone”, which is tough on regional intervention planning. Hamilton joined Toronto and Peel, where restoration was restored, as well as York and Windsor-Essex.

In these comment zones, restaurants can only offer take-out and delivery services and are open only to those retailers who need them.

Health officials also reported the outbreak at the dental office in Pembroke in the “Green Zone”. The outbreak began after a man visited from an area under strict control. According to the Renfroe County Regional Public Health Unit, three dental office staff tested positive.