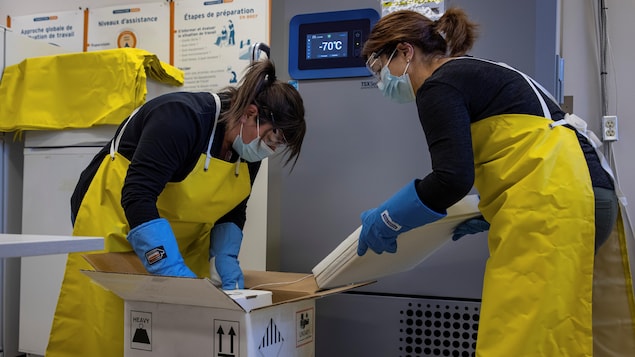 Of the total 1,055 patients bedridden due to COVID-19, the number of hospital admissions increased by 7 compared to the previous day’s data. Of these, 137 were being treated in intensive care, 9 less than the day before.

Testing efforts are underway across the province with 26,130 tests completed by December 20th.

This brings the total number of samples taken in Quebec to 4,612,006 since the outbreak began.

A total of 437 doses of the vaccine were given on Monday in Quebec, bringing the total to 5,273 since the vaccine campaign began on December 14th.

Quebec’s Public Health will not publish the report on December 25 and 26, or January 1 and 2, 2021. Brief data will be published on December 27th and January 3rd.

Laval and Montreal are still in the lead

For the whole of Quebec, the active case rate per 100,000 residents is currently 220.3, according to daily public health data.

READ  The fiber of contempt