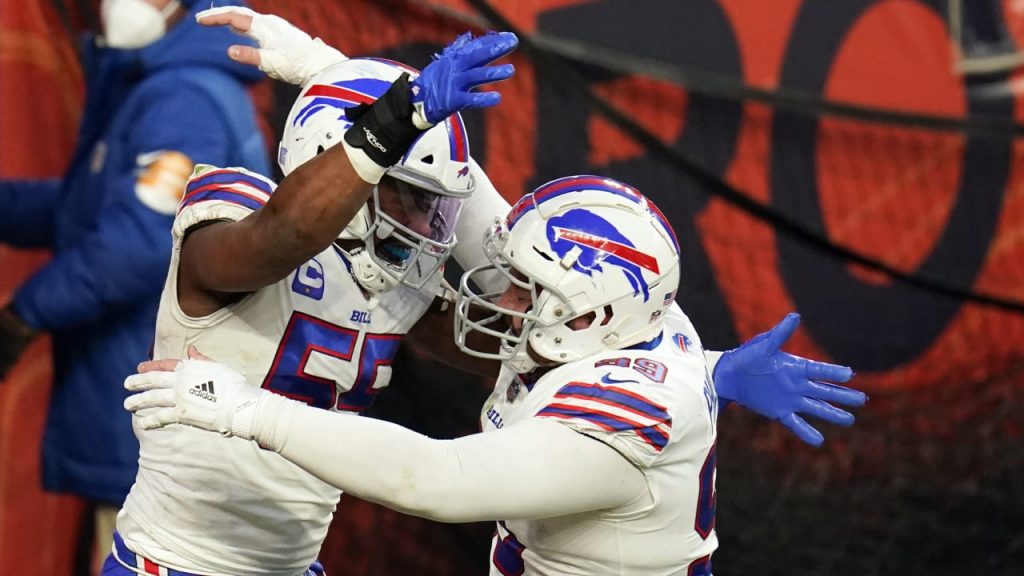 The Buffalo Bills ended 25 years of agony after ending their drought without the AFC East title, crushing the Denver Broncos on the road. The Bills have been forced to watch the New England Patriots dominate the division for the last two decades. However, the departure of Tom Brady in the off-season left the Patriots vulnerable.

Cam Newton failed to rise to the occasion as Brady’s replacement in New England, allowing a new superstar quarterback to rise in the AFC East in the form of Josh Allen to end the Bills’ division title drought.

The 24-year-old made a measured start to his NFL career in his first two seasons. However, the quarterback has taken his game to new heights in the 2020 campaign. Allen remains a serious contender for the MVP award, although he remains behind Patrick Mahomes and Aaron Rodgers in the NFL odds for the title. With a stellar quarterback in place, Buffalo are not only a threat to win the Super Bowl this season but for many years to come.

Head coach Sean McDermott has proven his quality since arriving in Buffalo in 2017. He has been the steady hand that the franchise craved amid years of instability and strange choices at the head-coaching position. Entering the 2020 season McDermott was lacking a victory over Bill Belichick and the Patriots. The Bills slayed their metaphoric giant by overcoming the Patriots on home soil for the first time since 2011 after a late fumble by Newton in the redzone.

Cam Newton’s fumble ices the game for the Bills 😯

It gave the Bills belief that they could take the initiative and are now in the post-season for the second season in a row, and third time in four years under the tenure of McDermott. The question for the franchise is how far they can go? The Kansas City Chiefs appear to be on the march towards the Super Bowl for the second year in a row. Mahomes is a cheat code at quarterback, throwing the ball downfield and escaping would-be tacklers with ease. Even a perfect performance from Buffalo might not be enough to defeat the 25-year-old on his home field.

Reaching the AFC Championship Game alone would be a huge achievement and prepare the franchise, especially Allen, to take the next step. It would be reminiscent of Mahomes’ first year as a starter as the Chiefs were outbattled by the Patriots in the 2018 AFC title game.

Buffalo last recorded a playoff victory in the 1995 season when Jim Kelly was the starting quarterback. There is a lot of history working against the Bills, and although the franchise has taken major steps this season in eradicating their past, winning in the post-season is another matter. Last season there was a chance to knock off the Houston Texans on the road, but Allen struggled amid the pressure of the moment.

The 24-year-old has developed as a quarterback and a leader on the field throughout the 2020 season, therefore it would not be a surprise to see the Bills brush aside their first opponents with ease. They’re probably not ready for the next step of overhauling the Chiefs at the top of the AFC, but their time will come. Encouragingly for the Bills, their team is growing together.

As Allen and his receivers Stefon Diggs, Cole Beasley and John Brown combine as a unit on the offence, defensively Tremaine Edwards, Tre’Davious White and Ed Oliver are all outstanding players and form a core of players that could ensure that the Bills remain not only top of the AFC East, but the conference for a long time. The balance of power in the NFL is shifting, and Buffalo are one of several intriguing teams that could shape the future of the league.