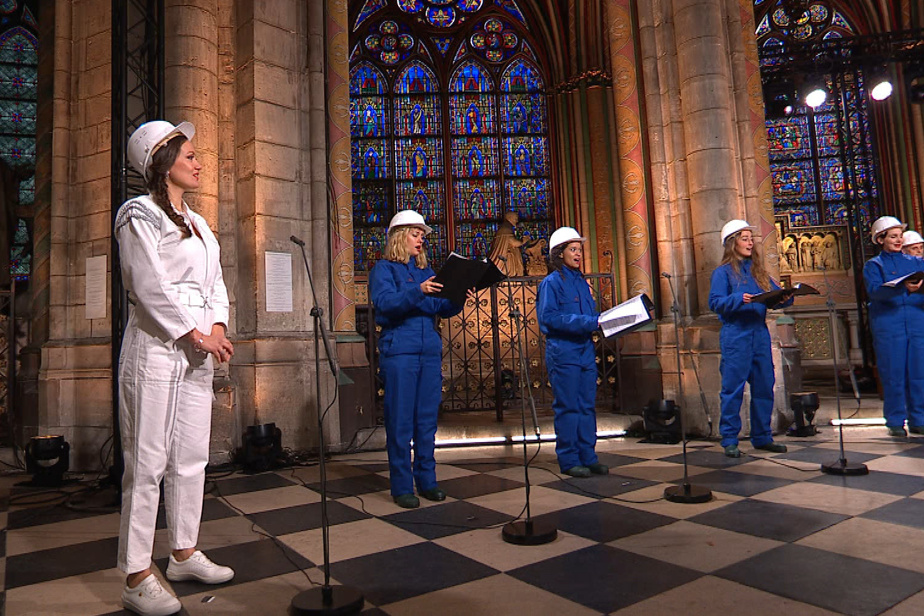 Wearing helmets and protective suits, members of the choir of the Cathedral of Notre Dame de Paris attended a special Christmas Eve concert inside the medieval monument. Last year was devastating.

Along with the renowned violinist, rented organist and soprano soloist, eight singers – and 20 unplanned – performed under the glass windows of the cathedral, which became the site of the reconstruction. The number of participants was reduced for security reasons.

This is mandatory in indoor locations in France to limit the spread of coronavirus – and keep singers away from wearing their masks to sing.

During the event, the choir performed exclusively Good night, In French and English, Angels in our countryside And Live longer in the air.

The concert was recorded on Saturday and aired Thursday night. People are not allowed to attend and do not expect to see the interior of Notre Dame until at least 2024.

Notre-Dame’s choir gave 60 concerts a year in the cathedral before the fire, but has since moved among other Parisian churches.

The April 2019 fire consumed the lead roof of the cathedral and destroyed its spire, and workers were able to stabilize the structure until early December to begin rebuilding.