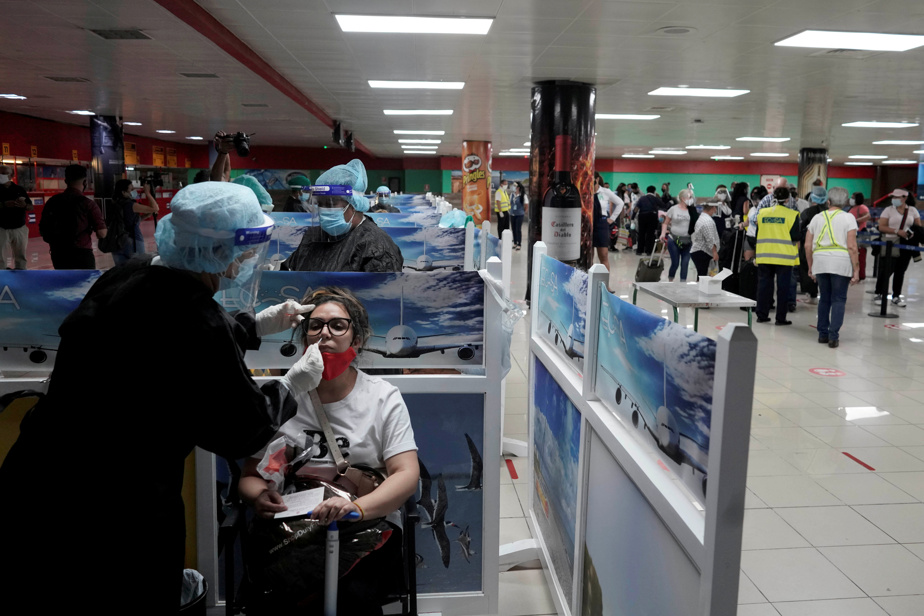 (Havana) Travelers wishing to travel to Cuba will be required to take a negative PCR test for less than 72 hours dating from January 10, the official newspaper announced Friday. Granma.

“From January 10, all travelers arriving in the country must have a PCR test, previously conducted in certified laboratories across the country for a maximum of 72 hours”, Granma said.

According to the Cuban Communist Party (CCP) newspaper, 217 cases were reported on the island on Thursday, of which 101 were imported, “the highest pollution since the outbreak began”. Power.

The new measure is aimed at resolving “cases involving Cubans, mainly from abroad.”

Francisco Duran, head of epidemiology at the Cuban Ministry of Health, told reporters: “There are more imported cases than local cases in a few days.

In the last 15 days, 1,311 cases were reported in Cuba, of which 838 were imported, mainly from the United States, Russia, India, Venezuela and France, the official said.

“There is no doubt that this measure will have its impact,” he said.

All passengers currently have to undergo a PCR test after arriving in Cuba and have to limit their travel while waiting for the result and this will always be the case, Duran said.

Cuba boasts of controlling the epidemic in its soil, with 10,900 cases per 11.2 million inhabitants, including 140 deaths, a much lower figure than its neighbors.

READ  Tensions in Ukraine | Putin argued that the allegations were "provocative speculation."