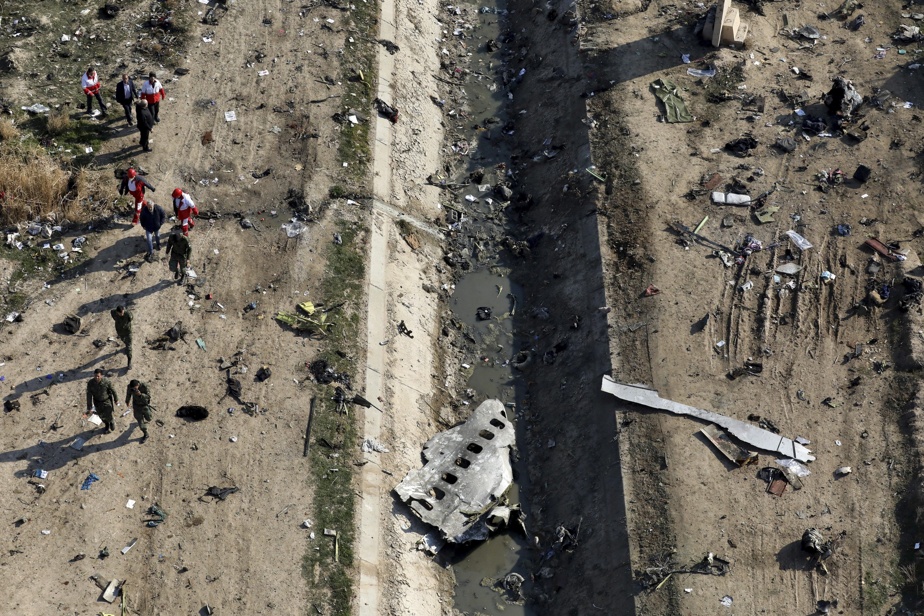 (Kyiv) Iran announced on Wednesday that it had paid 150 150,000 to the families of 176 victims of a Ukrainian plane crash that opened fire on Tehran. The conclusions of the investigation were first sought by Kiev.

Shortly after takeoff, Iranian forces admitted on January 11 that a “mistake” had been fired on a Ukrainian International Airlines flight between Tehran and Kiev, killing 176 people on board.

“The cabinet approved the immediate payment of $ 150,000 or the equivalent (in euros) in euros to the families and survivors of each of the victims of the Ukrainian plane crash,” the Iranian presidency announced on Wednesday, according to the agency Irna.

“This compensation does not preclude the prosecution of the case before a competent judiciary,” she said.

“Establishing the causes of the tragedy and bringing those responsible to justice is an important necessity,” said Oleg Nikolenko, spokesman for the Ukrainian embassy.

“The situation is not particularly acceptable as we are discussing the fate of innocent people,” he told AFP.

The Ukrainian embassy said they were still waiting for a “draft technical report” on the accident.

Earlier on Wednesday, Iranian Transport and Urban Development Minister Mohammad Eslami said the “final account” of the accident would soon be available to the public “in Persian and English”.

“The owner of the aircraft, Ukraine and Boeing attended the investigation,” Irna said.

Passengers and crew were killed in the crash, mostly Iranians and Canadians, many of whom were biracial.

A Ukrainian delegation traveled to Tehran in October for a new round of talks on financial compensation from Iran for the accident.

Iran’s foreign affairs talks have focused on “compensation for families and airlines.”

In July, Kiev said it was hoping for the greatest possible financial compensation to alleviate the “pain and grief” of the relatives of the victims.

Canada, which lost 55 civilians and 30 permanent residents in the crash, reaffirmed its commitment in October to “work tirelessly so that the families of the victims can get the answers they deserve.”

On the day of the crash, Iran’s air defense was on high alert for fear of a U.S. attack.

In response to the removal of General Qassem Solomon, the architect of Iran’s regional strategy, Iran has sought a response from Washington following the attack on a US military base in Iraq.

The Iranian Civil Aviation Authority says the improper adjustment of the anti-aircraft unit radar is a major “human error” behind the disaster.